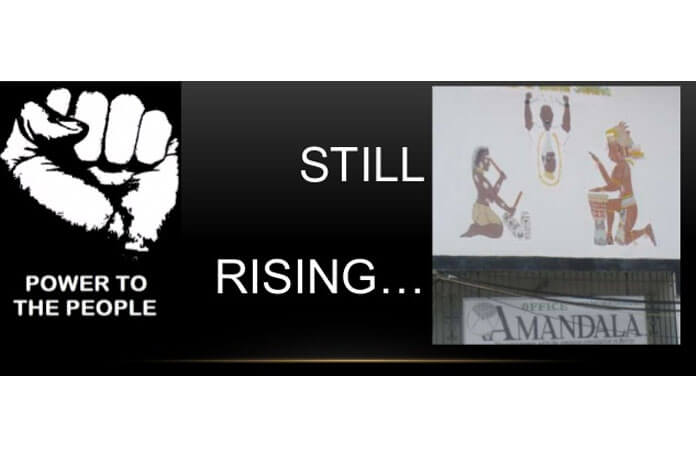 (The editorial reproduced below was originally published in the AMANDALA issue of Sunday, February 11, 2001.)
32 years ago, on February 9, 1969, a group of Black British Hondurans came together, sincerely and spontaneously, and formed an organization called the Untied Black Association for Development (UBAD).

On February 10, 2001, the same UBAD process which gave birth to Amandala the newspaper (1969) and KREM the radio (1989), will formally institute the Library of African and Indian Studies. Now this library seems like a small and simple thing to us sufferers from daily economic pressure, but the opening of the Library of African and Indian Studies is a sinister and alarming thing for the white supremacists amongst us who wear their various and deceptive guises.

In the first instance, white supremacists in Belize are always seeking to prevent any discussion of what happened 500 plus years ago and in between. In the ideal world of the white supremacists, those of us Africans and Mayas who are at the bottom of the socio-economic totem pole must accept our lot in life as a natural and normal reality. But the fact of the matter is that the first encounters between Europeans, on the one hand, and Africans and native American Indians, on the other hand, were totally violent in nature. European sailors and soldiers conquered Africans in Africa and indigenous Indians in the Americas. Europeans effectively enslaved both these peoples, and then devised clever stratagems to keep their descendants as chattel and cheap labour.

The subtle aspect of the 500-year-old contact between Europeans and African/Indian peoples, has to do with the schools Europeans missionaries opened to “educate” the enslaved coloured folk and their descendants. It is important to recognize that the initial conquest by arms is still in effect. Europe rules, on the basis of the original military/naval invasions 500 years ago. In order to maintain that rule without having to put down rebellions by the conquered peoples, Europe brought in missionaries to “educate” them in a special way. European education, in its own way, sought to justify the conquests on the grounds that Africans and indigenous Indians had not believed in Jesus Christ before they were conquered. Hence, they had been savages and heathens, and the process of conquest was therefore righteous and religious in nature. These people needed to be conquered, in order to be converted, and then educated.

Europe was not satisfied with conquest. Europe wanted to justify conquest. So Africans and indigenous Indians had to presented historically in as demeaned and degraded a context as possible, and, by the same token, Europeans, through their missionaries and educators, presented themselves and their ancestors as noble, glorious, civilized, and, above all, Christians. The masters of any society have the power to write the historical accounts in order to suit and please themselves. This is what is what the slavemaster did, Jack, and if you can find a way to deny that, then you are really a house nigger of surpassing sycophantism.

Well, the centuries went by, and then the 20th century rolled around. A man named Marcus Garvey rose up and spoke to his people, his black people in the diaspora of the Western Hemisphere. It was around the same time that the international white slavemasters began fighting amongst themselves in World War I (1914 to 1918). The slavemasters were fighting for control of colonies, which is to say, the right to exploit the coloured peoples of the world. World War I was apparently not enough, so the same slavemasters 21 years later, began fighting for hegemony amongst themselves again. This was World War II (1939 to 1945)

The world wars created opportunity for the colonized peoples of the world, to begin fighting against their various colonial masters. In line with this, the People’s United Party arose in British Honduras in the year 1950. The agitation of the PUP created political conditions in the colony which allowed the UBAD organization to arise. The important difference between the PUP and the UBAD, was that the PUP challenged British colonialism but said nothing about the entrenched system of white supremacist education. UBAD, the child of the PUP, demanded the freeing of our minds. In pursuance of that mental freedom, the UBAD Educational Foundation (UEF) presents the Library of African and Indian Studies at the opening of the new millennium. Check it.

A few years ago in the Senate of Belize, during the 1993-98 UDP administration, a UDP Senator, (one Wilfred Elrington, Leader of the ruling UDP Business in the Senate) challenged by Senator Evan X Hyde with respect to the lack of African history in the educational curriculum, said, “The people do not want it.” This man is a highly successful lawyer and a man who is manifestly of African ancestry. He said that the people of Belize do not want African history. This is the position taken by many successful blacks here who found it possible to criticize and oppose the concept of the Library of African and Indian Studies.

Well, everybody’s entitled to his opinion and we did not intend to end up on this party politics road. There is a piece of advice, nevertheless, which we must give to the leadership of the UDP. Oh yes, we know how much more sensible it is politically to stay on the European missionary educational horse. It looks like better politics to go the way of the aforementioned UDP Senator: “The people do not want it.” But it looked like better politics to you in 1995 to seek the destruction of the Raiders and semi-pro basketball. That “better politics” boomeranged. It boomeranged 3-26. And you can write this down and trust us in two three.

If you think that the people of Belize are so backwards and dumb that they are not ready for the Library of African and Indian Studies in the year 2001, then you are making a mistake. Of course you know politics better than we do. The thing is, the people of Belize are now beyond PUP and UDP business. They see the inter-connectedness of the world and its peoples.

A priest in Poptun encouraged Guatemalans to make organized incursions into the territory of Belize. No priest in Belize inveighed against such incursions. Instead, the highest ranking prelate in Belize attacked the people who created the Library of African and Indian Studies. Last week the UDP newspaper reproduced the highest ranking prelate’s attack, the suggestion being that the UDP agrees with the attack. Seen.
Chain slavery was ended in 1838, but our minds were still being victimized by deceptions, distortions, and outright lies. This is 2001, Belizeans. Let’s free our minds. Amandala. All power to the people.