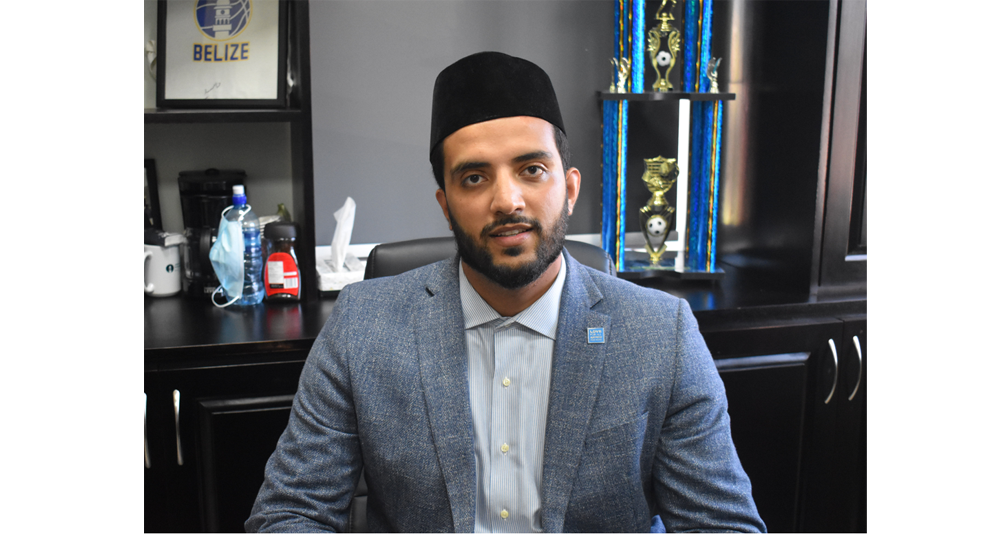 After a successful 2022 season, the Ahmadiyya Basketball League (ABL) is scheduled to commence its 8th season on Sunday, January 22, at the SJC Auditorium.

The ABL is a tournament conducted annually since 2014 (with the exception of 2020 and 2021, when there was a pause in public sporting events due to the Covid-19 pandemic) under the umbrella of the Ahmadiyya Muslim Jama’at Belize, an organization that engages in a number of humanitarian activities throughout the community.

The 2023 season, which will be running for 12 weeks, will see an estimated 600 athletes from 50 teams displaying their talents on the court – the largest registration number in league history. The tournament, which will include the participation of 4 teams traveling from Mexico, will be broken into 5 divisions: U12, U15, U18, U22, and the Open category.

“The whole purpose behind this tournament is that we want the youth to have something to do, instead of people telling them ‘you can’t do this or that.’ What we want is that, we want them to have a way to express their energy, to get their passion for the sport, and for them to have a competitive and safe environment to play,” Arslan Warraich, president of the Ahmadiyya Muslim Jama’at Belize, told AMANDALA.

“… We try to take this to the next level. We try to use basketball as an opportunity for people to grow as people; and now one of the main things that we do is, in order to play in the playoffs, every single team must do community service,” he added.

Warraich noted that besides playing basketball, the athletes will also be developing several skills, such as stat keeping, refereeing, broadcasting, and videography.

In addition to imparting key skills to the athletes, Warraich said, the league will also be implementing a shadow program this season, through which players will be able to shadow the personnel within the league.

“Our number one goal is to help these guys. We try our best to do whatever we can to give them a path to success, whether that is us taking a team outside to Mexico. We’ve taken teams to the US, and we’ve taken teams to different places. The whole purpose behind this is that they get exposure, so that if these kids want a future in basketball, they have an opportunity for that,” he said.

Warriach encouraged the public to show support for the young athletes as they gain motivation to improve their performance.

“This is something so huge for these children, and sometimes people don’t realize how important it is for parents and local members to come out and support their teams, because for these kids this is the biggest platform that they might ever play on if they don’t go and play professionally. This is something for them. We can see where that teams that have that support, their performance become much better as well,” Warriach said.