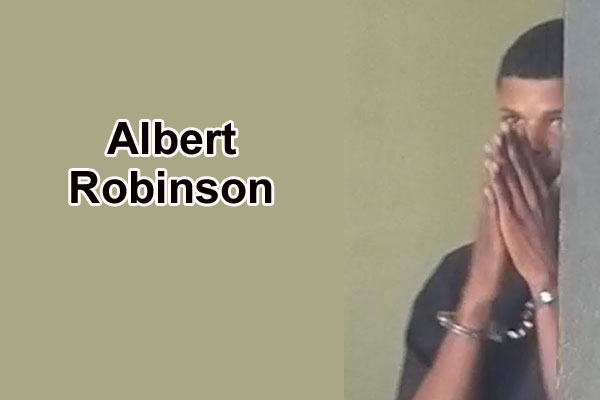 Alvarez, Jr., was shot in his jaw and throat on Friday night while socializing on Lovely Lane

This morning, Albert Robinson, 20, a construction worker of #17 Prince Street, was arraigned on charges of attempted murder, dangerous harm and use of deadly means of harm when he appeared before Senior Magistrate Sharon Fraser.

According to reports, at 7:40 Friday night, Paul Alvarez, 21, was standing at the corner of Lovely Lane and Victoria Street, when a lone gunman rode up on a bicycle and shot him in his jaw and throat. Alvarez was rushed to the Karl Heusner Memorial Hospital, where he received immediate attention in an effort to try and save his life.

Alvarez had to be connected to a life support machine, but was taken off the machine yesterday. He is still alive, but in a critical condition due to extensive damage to his throat.

Robinson was represented by attorney Anthony Sylvester for his arraignment, where, due to the nature of his charges, no pleas were taken from him.

He was remanded to the Belize Central Prison until his next court appearance scheduled for December 30, 2013.