He died in a swamp trying to escape from his killer 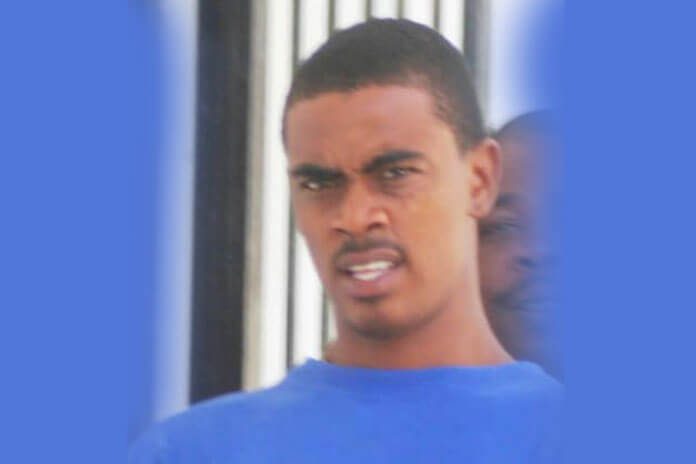 In an interview with us today, a shop owner whose business is located in the yard near which Carcamo was killed, told us that Carcamo was socializing with about 5 friends in front of the yard and was standing on the sidewalk on Raccoon Street Extension. The shop owner said that at about 6:30 that Thursday evening, she began to have an uneasy feeling, and she believed that something bad was going to happen, and decided to close the shop.

She got out of her chair and went to close up, but as she entered the shop, she saw Alrick Carcamo sitting in a chair in the back area of the shop. She was taken aback, because he would normally come and tease her and call her “grandma.”

She then told her grandson to close up the shop, and Carcamo got up and went to join the others in front of the shop on the street-side.

She then went back into the shop to ensure that her grandson had closed up, but as she entered, a man who was wearing a Halloween mask on his face, similar to a mask that was bought for her grandson, came in through the side gate and passed her at a distance of about two feet.

She was not alarmed, because she believed that it was her other grandson looking for her first grandson to scare him.

Her first grandson also saw the man wearing the mask, who hid behind the foam in the back area of the shop; they thought that he was hiding to scare someone.

The man then passed through the shop door and went towards the five men outside, and fired at Carcamo, who was standing on the sidewalk. Carcamo was shot in the lower abdomen.

She said that after that one shot was fired, the gun jammed.

The shooter then tried to clear the gun, but in the meanwhile, the five men stood shocked, and no one tried to attack or disarm the shooter, who tried to shoot again, and the gun again misfired, and the men still did not attempt to subdue him, and that was when Carcamo bolted up Raccoon Street Extension, and the gunman ran behind him, still clearing the gun, and he fired again and this time shot Carcamo in the lower back.

The gunman then ran up towards the end of Raccoon Street Extension and escaped, while Carcamo ran into Fire Street off Raccoon Street Extension and ran into a swampy area to make his way over a zinc fence to get away, but water in the area has a depth of about 5 to 6 feet and Carcamo, who was injured, was not able to make it through the swampy area.

A search was carried out to find Carcamo, but he was not found until about two hours later in the swampy area, about ten feet from the zinc fence that he was believed to have wanted to cross over. He was already dead.

Police recovered him from the swampy lot and took his body to the morgue.

On our visit to the swampy lot today, Monday, a young man, in trying to show us the depth of the swamp, tried to walk towards the back fence, but couldn’t make it and sank into the swamp. He quickly came back out, however.

A witness who saw the shooting wonders why the men did not attack the shooter when the gun malfunctioned, because the killer stood just about 2 to 3 feet away from them when he shot Carcamo before the gun jammed. The killer did not target any other person.

Police said that they are viewing footage recorded by security cameras in the area to see if they can identify the killer, and two persons have been detained pending investigation.

The motive for Carcamo’s murder is also not known, although police said that Carcamo was affiliated with one of the street gangs in the city, and that he was known to police.

Carcamo, the sole breadwinner for his family, was the father of two children and was living with his common-law wife. He was a fisherman and did other jobs to get money to help his family. He did not live on Raccoon Street Extension, but he was a frequent visitor there.

This is not the first time that someone was shot in the area. She told us that five years ago, a man who was running from a gunman ran into the shop owner’s yard and the gunman fired at him, damaging the side of the concrete house with bullet holes, which we saw today. The gunman’s target escaped unhurt.

The target, however, later was ambushed and killed on South Creek Road while sitting in his car.