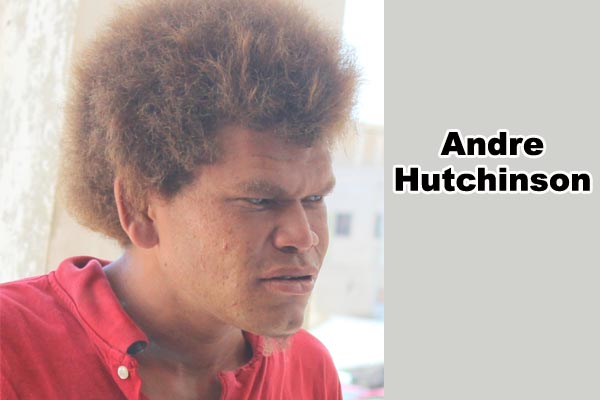 Andre Hutchinson, the son of the former UDP Minister of State Michael Hutchinson, appeared before Chief Magistrate Ann Marie Smith on a charge of aggravated assault of an indecent nature.

Hutchinson’s fidgety behavior during his arraignment, however, led the Chief Magistrate to remand him to prison for a psychiatric evaluation.

He is scheduled to return to court on March 24, by which time a psychiatric report on his state of mind would have been prepared and presented to the court.

The allegation against Hutchinson is that on Tuesday, February 25, in Ladyville, he committed indecent assault upon a 35-year-old woman.

According to the woman, she was walking on Scissors Street in Ladyville around 8:30 p.m. when Hutchinson rode by on his bicycle and slapped her on her behind.

The woman became more annoyed by Hutchinson’s behavior, because after he allegedly assaulted her, he rode off laughing.

Andre Hutchinson has been before the court on a number of occasions, the most recent being a few months ago in late 2013, when he was charged for assaulting a minor.