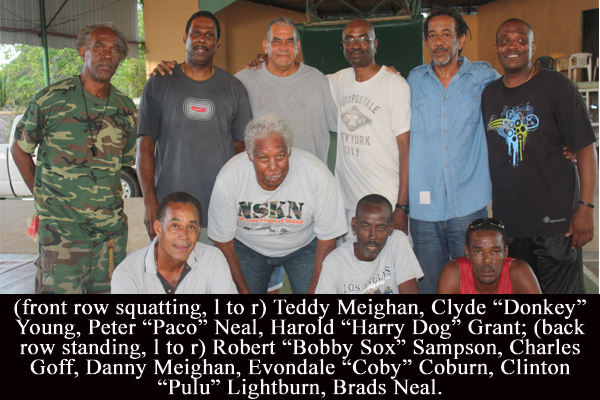 A year passes so quickly, and today, Hinesville, Georgia, USA based 1970’s Belize basketball star Evondale “Coby” Coburn dropped by our sports desk to remind us that his COBY Foundation, in collaboration with FIBA 33 Youth Basketball, will hold its 6th Annual COBY 3 on 3 Knockout Tournaments this Saturday, June 21, at Bird’s Isle.

Return of the Legends Clinic

In addition to the 3 on 3 Knockout Tournaments, this year’s event also features the “Rebound of the Legends,” a reunion of former players from the 1970’s and ‘80’s, who are volunteering their time to conduct basketball clinics at Bird’s Isle beginning today, Wednesday, June 18, until Friday, June 20. The clinics, dubbed “Life lessons and skills through basketball,” will run from 4:00 p.m. to 6:00 p.m. daily, and are sponsored by Digicell and Crystal. U.S. based Charles Goff was at Bird’s Isle today, and reportedly Peter “Pistol Pete” August and Mark Neal should be coming in on Thursday. Some Belize based stars at todays “Rebound of the Legends” clinic included Clinton “Pulu” Lightburn, Peter “Paco” Neal, Robert “Bobby Sox” Sampson (Gillett), Clyde “Donkey” Young, Brads Neal, Danny Meighan and Teddy Meighan and Harold “Harry Dog” Grant,

In addition to the prizes he brought for the 3 on 3 tournaments, Coby said he will also deliver some football gear to Jerome “Peeloff” Maheia for the Yabra Sporting Club, as well as some tennis shoes to Owen “Sonny” Meighan for the Belize Tennis Association.

The acronym C.O.B.Y. stands for “Creating Opportunities for Belizean Youths,” and former 3-peat champion and Belize basketball Junior MVP, Evondale “Coby” Coburn, who grew up in the heart of south-side Belize City, continues to make his contribution for Belizean youths. Sending out a call to other stars of the past to join in the effort and the camaraderie for the benefit of the youths, Coby said, “We are also looking forward to the reunion with older players at Bird’s Isle after the youth games are finished on Saturday.”