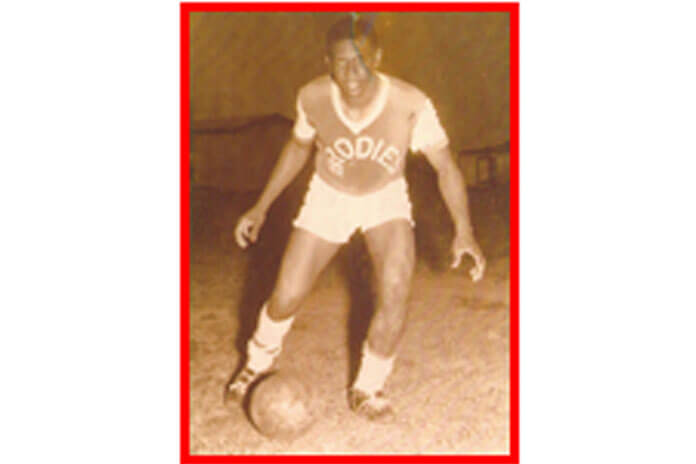 BELIZE CITY, Wed. May 27, 2020– We had just reported in our Friday, May 15 issue on the passing of Dunlop legend Gilbert “Pine” Hernandez in Chicago, Illinois; and shortly after we are informed of the passing of another early 1960s Belize football star, John Young, who was a member of the All Belize Selection that were to host the St. George’s College Old Boys of Jamaica in September of 1962 in Belize, and travelled to Jamaica for return matches in 1963.

Here is a portion of Minister Michael Finnegan’s story on John Young in the May 21 edition of the Guardian newspaper:

“His family and his friends could be proud to say that he played football on the most successful and organized team named Dunlop. When Dunlop broke up however, John did not give up on football, but instead like the Phoenix, he rose and went on to play for the biggest and brightest store in town, James Brodie & Company for their team Brodies. Whilst on their team, John and his teammates won two successful competitions and shortly thereafter he was off to the USA where he would spend the rest of his entire life.”

John Young was a stalwart defensive player, but, like many from that post-Hurricane Hattie era in Belize, he left these shores; and thus subsequent generations of Belizeans know very little about him. Thanks to Minister Finnegan for that nice little piece on John Young.

As a historical footnote from the archives of British Honduras Football Association, then Secretary Phillip Hall states that Dunlop was champion in 1958-59; Landivar in 1959-60; and BEC in 1960-61 and 1961-62. (Then BEC executive, the late Jim Murphy had shown us some records to prove that the 1961-62 season consisted only of a Knockout, since Hattie on October 31, 1961 had aborted the regular season.)

According to various sources, Brodies dethroned BEC in the 1962-63 season.

“I could remember a game played between Brodies and BEC at the MCC grounds in Belize City, which ended in a 3-2 victory for Brodies which uncrowned the defending champs BEC. The game was excellently played, a real display of sportsmanship and skills and the team’s success that day, I would say, was largely attributable to John Young’s excellent defence.”

Our condolences to the family, and respect on the passing of another outstanding Belizean footballer. R.I.P. brother John Young!