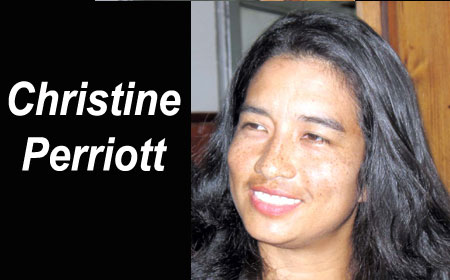 BELIZE CITY–Today was the day for the delivery of judgments as the present Court of Appeal session came to an end. One of the judgments that the court handed down this morning was a decision on an appeal brought by the former Belize Telemedia Limited (BTL) employee and trade unionist, Christine Perriott, who had appealed the amount of damages awarded to her by a lower court for wrongful termination from BTL.

In 2007, Perriott won a wrongful termination case against BTL in the Supreme Court and Justice John Muria awarded her around $350,000 in damages.

Perriott, however, was dissatisfied with the award and she appealed the case to the Court of Appeal, where she represented herself.

The judges at the Court of Appeal felt, however, that the award to Perriott was too high, so they reduced the amount by over 50 percent.

Christine Perriott was employed at BTL as a technician, but she was released from her post by the BTL management.

At the time of her termination, Perriott was the General Secretary of the Belize Communications Workers Union.

Perriott sued the company, which at the time of her termination was being managed by the Ashcroft alliance.

A year after the government nationalized the telecommunications company in 2009, a settlement offer was made to Perriott in the sum of $426,773.76, but she refused, on the grounds that the trial judge had miscalculated the amount she was supposed to receive. Perriott wanted more than what the Supreme Court judge had offered her for her wrongful termination.

BTL’s attorney, Michael Young, S.C., told reporters, “The appeal itself, we did not contest the finding that she was dismissed as a result of her work with [the] union; we only contested the amount of damages that was awarded and we were successful in that regard and the court reduced the cost from over $300,000 to some $123,000 with interest.”