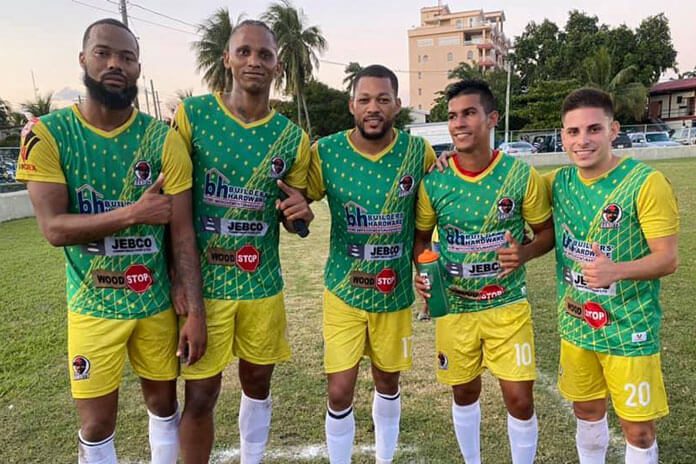 BELIZE CITY, Mon. Jan. 27, 2020– Defending champions Verdes FC are the official standings leader at Week 3 of the Premier League of Belize (PLB) 2019-2020 Closing Season; but with only a 5-point deficit in the aggregate race for the CONCACAF League berth at the end of this season, Bandits Sport has sent a very strong message of their intentions, having blown out their first two opponents by lopsided scores. The Bandits proved their season opening 11-0 shelling of Placencia Assassins was no accident, when they destroyed a long tradition of problems at the MCC with their 5-0 thrashing of BDF FC yesterday.

In the only Week 3 Saturday night game, visiting Wagiya FC twice took the lead over Altitude FC, but Altitude rebounded each time to salvage a 2-2 draw at the M.A. Stadium in Mango Creek, Independence. Shaking the net for Wagiya were Warren Moss (20’) and Dayron Gomez (71’), while Altitude goals were by Aldin Foreman (62’) and Allan Barrillas (86’).

On Sunday, out west at the Norman Broaster Stadium, home standing Verdes FC was without the services of their young star striker, Krisean Lopez, who reportedly is negotiating a stint in the American soccer league; but the defending champions still managed a 2-1 victory over visiting San Pedro Pirates FC. Verdes took a 2-nil lead with goals from Andres Cortebarria (12’) and Denmark Casey (46’), and the Pirates only goal came from midfielder Jesse Smith (70’). 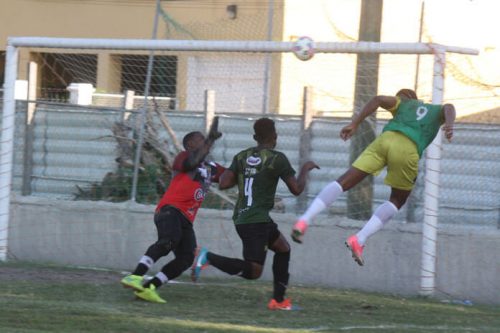 Meanwhile, at the MCC Grounds in Belize City yesterday, the small ground forces of BDF FC could not match the aerial striking power of the visiting Bandits Sport, who totally dominated the air space in front of goal, scoring 3 headers. Georgie Welcome opened the scoring for the Bandits at the 38th minute, going high for a header on the right side off a centering pass from the left side by midfielder Amilton Filho. And just 3 minutes later, it was Elroy “Bibbs” Kuylen rising above the BDF defense to head in a corner from the left side by striker Hector Martinez. Marking the Bandits in a corner situation was a nightmare for the smaller BDF defenders, as the tall Georgie Welcome and Bibbs Kuylen are usually joined in the effort by midfielder Trevor “Burger” Lennan and defender Ian “Yellow” Gaynair. It was 2-nil at the half, and the Bandits took the liberty to relieve veteran Shane Orio in goal by their rookie keeper, Charles Tillett, a former BDF goalie. New BDF goalie Jahym McKenzie made a couple good saves early in the game, but his inexperience cost them in second half when his infraction in handling a back pass from a defender resulted in a free kick, which the Bandits quickly played, catching the BDF defense off guard, and Facundo Garnier, a new Bandits acquisition from San Pedro, made it 3-nil at the 65th minute. Frustration began setting in, and BDF midfielder Eian Lewis was ejected a couple minutes later by referee Ever Corado for a very dangerous tackle. Again the inexperience of McKenzie showed in a Bandits free kick opportunity from just outside the left side of the eighteen, as he underestimated the highly skilled Brazilian Roberto Silva De Lima, who curled it into the top right corner, where you just knew he would go, and it was 4-nil for the Bandits at the 73rd minute. The nightmare continued for BDF on a corner from the eastern side of the northern goal, where Hector Martinez served perfectly for advancing Bandits defender Ian Gaynair to head home goal number 5 at the 82nd minute. 5-nil, Bandits over BDF.

As we’ve said before, it is a real pity there are only 7 teams in this PLB Closing Season, as the weekly standings comparison has to be made acknowledging that some teams have played more games than others. Verdes are still at the top of the standings because they have played 1 game more than Bandits; but the perfect 2 and 0 Bandits are destroying the opposition, while Verdes has 2 close wins and a draw. (See standings below.) 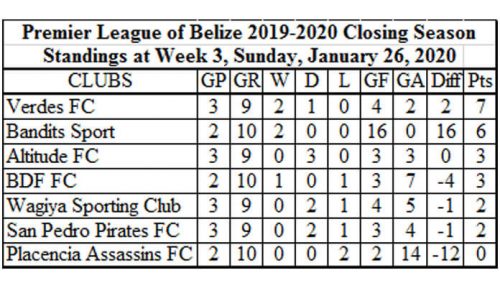