Barrow gets his way in Senate through Church pastor, Ashley Rocke 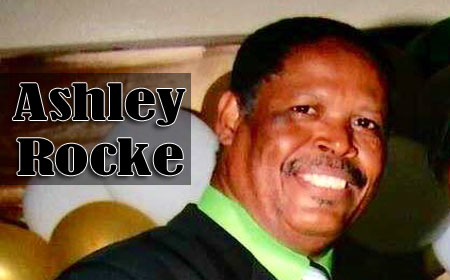 BELMOPAN, Cayo District, Fri. Sept. 30, 2016–Senator Pastor Ashley Rocke, representing the Churches but selected only by the Belize Association of Evangelical Churches, led by Pastor Howell Longsworth, is again in hot water and again it is because of his actions in the Senate.

At the last Senate meeting on August 31, the Opposition People’s United Party tabled a motion to have a Senate select committee investigate the findings of the controversial Auditor General’s Special Report into Belize’s Passport, Visa and Nationality Departments.

However, that motion was “knifed” in a vote of 5 in favor and 7 against after Rocke, who had initially sided with the PUP’s motion, later abandoned his position when Leader of Government Business in the Senate, Godwin Hulse, proposed that a bi-cameral joint select committee instead lead the investigations.

In early September, after increasing public pressure, Cabinet released a statement expressing its decision to support the Senate inquiry. In that same statement, Cabinet vehemently spoke of a balance of power, in keeping with the power wielded by the ruling administration, the UDP.

As it is, the government has 6 senators, while the Opposition has 3 and the social partners total for another 3.

Today, inside the Senate, it would be the controversial Pastor Rocke who tabled a motion as to the composition of that Senate committee, which would put him on the side of the Government senators and against his colleagues from the social partners, who sided with the Opposition.

His motion was successful after it ended in a vote of 7 in favor and 5 against.

In his negotiations with the Belize National Teacher’s Union (BNTU) on their 8-point list of demands, Prime Minister Dean Barrow had reduced his initial demand of 3 representatives on the senate select committee, to 2.

The BNTU’s leadership had argued that the government and the majority opposition should be granted the same number of representatives on the Senate committee.

Apparently, in keeping with the Prime Minister’s demand, Rocke proposed that the government should have a majority with two representatives, while the opposition would receive one, along with one from the Belize Chamber of Commerce and Industry/ Belize Business Bureau; one from Belize Council of Churches/ Belize Evangelical Association of Churches; and one for the National Trade Union Congress/Civil Society Steering Committee, for a total of six representatives.

Senator Mark Lizarraga, of the Belize Chamber of Commerce and Industry/ Belize Business Bureau, argued that awarding the government one representative on the senate select committee for every three senators it had in the house would be unbalanced.

Instead, he argued that since there were five parties represented in the senate, those parties could each appoint one representative on the senate select committee for a truly balanced composition.

Lizarraga was joined by his colleague from the NTUCB, Senator Elena Smith, and the other opposition senators, who all rejected Rocke’s motion.

The motion came under intense scrutiny by opposition lead senator, Eamon Courtenay, who questioned if Rocke was passing his motion on behalf of the government, because nowhere in the motion was the church ever mentioned.

Courtenay, whose motion on the composition of the Senate select committee was scheduled to be first tabled, had his motion was replaced by Rocke’s motion after acting Senate President, Carla Barnett, swapped the motions without providing any reasons.

Therefore, feeling that government would still have the majority in a vote, Courtenay did not table his motion and instead joined Senator Lizarraga in providing amendments to Pastor Rocke’s motion.

Despite opposition to the motion, however, it was passed with the votes of all the 6 government-appointed senators and that of Pastor Ashley Rocke.

Furthermore, both motions agreed on a wide range of issues including that the hearings should be made public, and that the senate select committee should be allowed sufficient time to question each witness who attends a sitting and also allows witnesses fourteen days to review the evidence sent to them and make corrections where inaccurate reporting may have occurred.

However, the major difference in the approved motion and the Opposition’s motion was that the Opposition proposed that no Senator may serve as a member of the Committee if the Auditor General has made an allegation of misconduct, impropriety or wrongdoing against him/her in the Special Audit Report.

One of those individuals named is Senator Godwin Hulse, who opposition Senator Eamon Courtenay had requested recuse himself from the debate before the start of the Senate meeting. However, Acting Senate President, Carla Barnett, did not budge, and Hulse stayed in the Senate.

Giovanni Brackett of Citizens Organized for Liberty through Action (COLA) and Raymond Rivers of Poor People Organization for a Healthy and Righteous Society (PPORHS), and their supporters, had to be escorted by police from the galleries in the Senate for verbally and strongly expressing their objection to Hulse’s participation in the Senate debate and Rocke’s motion.

The duo hurled insults at both senators, and especially Rocke, who they said they were very ashamed of for abandoning the church, which he represented, and siding with the government on this very important issue.

Also, the National Evangelical Association of Belize (NEAB), who has strongly condemned the appointment of Rocke by its sister evangelical organization, the Belize Association of Evangelical Churches, released a statement which read, “It is clear that Senator Rocke represents the minuscule number of pastors that nominated him, and not the larger body of national churches. The senate Committee is now positioned to accomplish absolutely nothing of any kind of needed accountability.”

When Amandala spoke to Rocke after the meeting, he claimed, “My wife and I woke up this morning and the first thing we did was to pray about this issue, because we are people of prayer. We believe in prayer, we cried on our bed this morning, actually, because this is a heavy matter.”

When asked who helped to write the motion, or where it came from, Rocke told us that he was not privy to that information.

When asked if he was just given a paper to read at today’s meeting, he responded, “No, I knew what was in there and the whole issue of the balance of persons was the real issue that this motion was written on.

According to Rocke, his critics can “ask Rev. Roosevelt Papouloute, Bishop of the Council of Churches and the Belize Association of Evangelical Churches, if he had acted on his own behalf or on the behalf of the churches.”

Though the social partners have expressly said they were not consulted by Rocke prior to his tabling the motion, Rocke insisted he did consult, but refused to provide further details.

The NEAB is a group of pastors who broke away from the BAEC, which is controlled by Pastor Howell Longsworth. Information to Amandala is that even though Longsworth only controls about 6 or 7 churches (pastors), against about 240 churches (pastors) who comprise NEAB, Longsworth, with his tiny minority, controls the appointment of the Church senator because the responsibility of choosing a senator rotates between the evangelicals and the Council of Churches, which is comprised of the Roman Catholic Church, the Methodists and the Anglicans.

We were told that this time around, BAEC “runs things,” and so, the Council of Churches have no say in the choosing of Pastor Rocke to represent the Church, at this time.

The NEAB, even though it is also evangelical, has no say in the matter either, because the law that existed when there was only one evangelical association was never rewritten to empower NEAB, along with the BAEC, to choose a senator.

At the next sitting of the House of Senate, a chair will be elected.