Minister Heredia and the San Pedro mayor had better listen, or the police will act, says the PM 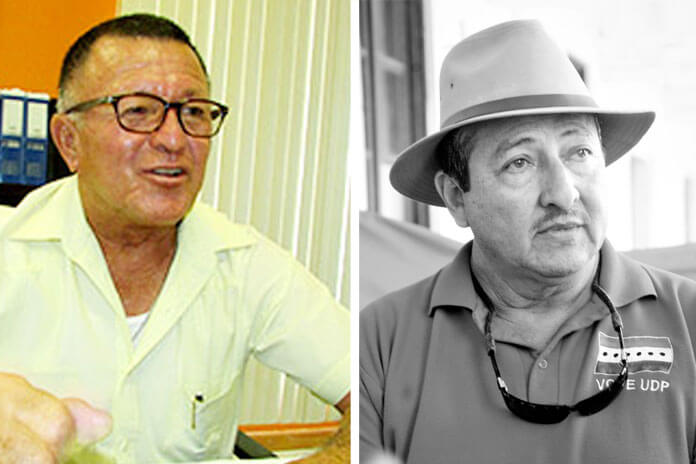 BELIZE CITY, Thurs. Apr. 30, 2020– Authorities in San Pedro, Ambergris Caye, have not been following the national State of Emergency regulations to the letter of the law.

Mayor Daniel Guerrero was of the view that because San Pedro is an island and has no hospital, it does not have to fully align its laws with the state of emergency regulations that are uniformly extended throughout the country.

Mayor Guerrero was supported in that view by the local Emergency Operations Center and the area representative for San Pedro, Hon. Manuel Heredia, Jr., who supported an amendment to the State of Emergency laws.

The San Pedro Sun stated in its April 15 edition, “Mayor Daniel Guerrero has gone on record to explain that these actions are done because the situation on the island is different, due to its distance from the mainland. Mayor Guerrero has stated that some of the rules on Ambergris Caye are efforts to mitigate the virus and not a direct challenge to the orders from Central Government.”

Commissioner of Police Chester Williams had also weighed in on the decision of the San Pedro Town council to amend the SOE law. Williams had reportedly spoken to Minister Heredia about the matter of amending the SOE law.

The question of whether or not the San Pedro Town Council had the authority to amend a portion of the State of Emergency law was one of the questions Prime Minister Barrow was asked during his virtual press conference this afternoon.

PM Barrow began his response to the question saying, “It absolutely grieves me in saying that what the San Pedro Town Council and the area representative are doing is absolutely improper.”

Barrow added, “I was presented with some sort of official bulletin that, on the face of it, said that it was being issued by the mayor of San Pedro, the area representative for Belize Rural South and the local Emergency Operations Center in San Pedro. They purported, in fact they expressly declared, that they were modifying the regulation that is currently in place and they were altering the measures set out in that regulation.

“I made it crystal clear to the minister that that is illegal. You cannot operate to outwit the law. I sympathize with their motivation; they think that they should go above and beyond what is set out in law, as pertaining to the entire country, and when the minister is in fact put on the spot in that regard, he said, ‘well, but the people, the people in San Pedro, the people in Ambergris Caye, are in total solidarity with what they are doing.’

“I don’t know about that, I have not taken any poll. I know that there are people in San Pedro, in Ambergris Caye, that have been complaining to us about the fact that the local authorities seem to think and indeed act in a way consistent with that attitude on their part. They seem to think that they can do as they please.”

PM Barrow said that he sympathizes with them because their efforts seem to be well-intentioned, “but we cannot allow that to continue.”

The Prime Minister said, “I have already instructed the Minister and I am sure he passed it on to the Mayor, to cease and desist, otherwise we will have to instruct the local law enforcement authority on the island and on San Pedro to carry out what has become necessary, what is already necessary.”