Barrow says “yes” to the LGBT! 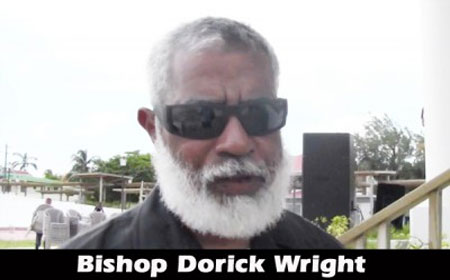 Barrow’s decision may be testing the church-state partnership that has traditionally existed in Belize. In his Independence speech three years ago, after hearings on the constitutionality of Belize’s sodomy law, Prime Minister Dean Barrow said that, “…we cannot afford for Government and the Churches to be at odds;” as he spoke in the context of the “culture war” which was emanating from the legal battle waved to secure LGBT rights in Belize.

Barrow said that, “The filigreed chain that links [church and state] is a proud part of the national ornamentation, and it cannot be allowed to break. Government will therefore fully respect the right of the churches to propagate their understanding of the morality, or immorality, of homosexuality. But what Government cannot do is to shirk its duty to ensure that all citizens, without exception, enjoy the full protection of the law.”

In handing down his decision last Wednesday, Benjamin “read down” section 53 of Belize’s criminal code, which he found violated the constitutional rights of LGBT activist, Caleb Orozco, a homosexual, and declared that the law cannot be applied to consenting adults—men or women—performing sexual acts in private. Hours after the ruling, Orozco made a public call on the Barrow administration, not to appeal.

On Monday, August 15, leaders of the largest church in Belize, the Roman Catholic Church, wrote Prime Minister Dean Barrow, “on behalf of 120,000 people whom we serve as Spiritual Fathers and Shepherds,” as well as all Christians in Belize, asking the Government to appeal the Orozco decision.

“Why is it imperative to appeal? Because in every part of the world where de-criminalization has been successfully challenged, it has been swiftly followed by the passing of gay marriage laws that seriously violate a child’s right to a mother and a father, restrict freedom of conscience and religion, and impose a draconian ‘gender agenda’ in the school system,” said the letter penned by Bishops Dorick Wright and Christopher Glancy.

They added that, “Attorney Lisa Shoman and her client Caleb Orozco have already expressed their intention to pursue gay marriage and trans-genderism.”

At a press conference following the Orozco ruling, Shoman signaled that the ruling would be most significant for transgender persons—people who identify with a sex other than that assigned at birth. She noted that Benjamin expressed in his decision the view that ‘sex’ also includes ‘sexual orientation.’

Shoman said that, “this will affect most likely the transgender community,” pointing to further legal challenges that will come down the road.

Eric Castellanos, who has led C-NET in Belize in support of persons living with HIV, is now EriKa Castellanos. Castellanos—who self-identifies on Facebook as a “Human Rights, Transgender and HIV activist, diagnosed HIV positive in 1995”—was among those in the courtroom witnessing the announcement of the Orozco decision and celebrating with the LGBT community after it turned out in their favor.

In the recent years, US magazines have featured transgender women on their cover pages, the most notable one in recent months being the Vanity Fair story of Caitlyn Jenner – the former Olympic star known as Bruce Jenner.

Time, in the 2014 story, “The Transgender Tipping Point”, spoke of the increased visibility of transgender people in US communities and featured on its cover Laverne Cox, a transgender LGBT activist.

Whereas the debate in Belize has been narrowly applied to homosexuality in most cases, the issues are more far-reaching and encompass a range of LGBT identities, which have been broadened to include “intersex” and “questioning” or LGBTIQ.

During the hearing, the churches, which joined as interested parties in the case, told the court that a foreign agenda is being foisted upon Belize. They indicated to the court that the latest census data indicate that 71% of Belize’s population is Christian. Pastor Eugene Crawford of the Belize Association of Evangelical Churches, told the court that, “Section 53 exists in the public interest for reasons of safety, public order, public morality and public health.”

However, Justice Benjamin said in handing down his decision, “The sole limitation relied upon by the Defendant is that of public morality.” He said that, “the Court cannot act upon prevailing majority views or what is popularly accepted as moral.”

Barrow’s wife, Kim Simplis-Barrow, has been a public proponent of LGBT rights, and issued a statement right after Benjamin’s ruling supporting the ruling — well before the Government announced its decision not to appeal.

So will the churches appeal? Pastor Lance Lewis told the media on Wednesday that they would consult with their attorneys.

When we contacted Bishop Wright at press time this evening for an update on his church’s decision on whether to pursue an appeal, he told us “We have to discuss all this…” and indicated that a public statement would likely follow.