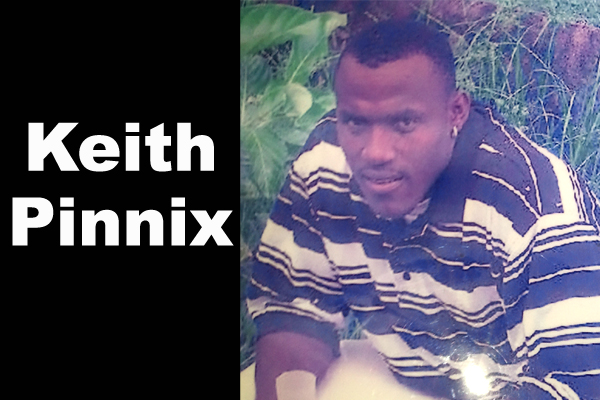 Police brutality surfaces in public discussion and in the news more often than it should, but over the weekend there was a particular incident of abuse of power by police officers that “raises eyebrows”, so to speak, because the victim of the brutality this time is also a member of our security forces.

Keith Pinnix, 27, a Belize Defence Force (BDF) soldier and resident of Georgeville, in the Cayo District, early Sunday morning had a run-in with the San Ignacio police. Initial reports stated that the soldier was chasing someone who had stolen his cellphone, and when the police arrived, they, inexplicably, beat him badly.

However, according to eyewitnesses who spoke with Amandala today, Monday, it turns out that in the wee hours of the morning of Sunday, September 15, 2013, Pinnix, off-duty, had just exited the Blue Angels Night Club in San Ignacio after a night of partying.

Upon realizing that he had forgotten his bag with his cellphone inside the club, Pinnix reportedly attempted to re-enter the club, which was already closed, to recover his bag with the phone. The witnesses, who claimed to be outside the establishment at the time, said that Pinnix was shaking the metal gate to alert the employees of the nightclub about his phone when he was approached by a police officer.

Without querying about the situation, the officer allegedly flogged Pinnix with a baton from behind. Pinnix, in turn, reacted to the sudden, unexpected hit by restraining the officer.

But before Pinnix could explain himself, the situation turned ugly and excessive use of force was applied by the police officer, according to one of the persons who were on the scene at the time. The person, who is a relative of Pinnix, said that the young man, who is also a sixth form student at Sacred Heart College, was viciously beaten by the officer, while three other police officers stood and watched the incident unfold.

By the time the beating had concluded, the officer’s baton was reportedly broken in two, and Pinnix was left on the ground in an unconscious state. The witnesses state that he was then thrown into the back of the police vehicle and taken to the San Ignacio Police Station, where he was incarcerated for about an hour before they realized that he was in desperate need of medical attention.

Superintendent Ralph Moody, O.C. San Ignacio Police, told us that he could not comment on the matter, since it is presently under investigation. He instead referred us to the police report of the incident.

However, the police have a diametrically opposite version of the story. The police press release maintains that the police officer was actually the victim of an aggravated assault perpetrated by Pinnix.

According to the police report, a police officer reported that on Sunday, September 15, at around 3:45 a.m., two police officers were on mobile patrol on Hudson Street, when the attention of one of them was drawn to a dark-skinned male person, who was not wearing a shirt and was screaming and shaking the metal gate to the entrance of Blue Angels Night Club on Hudson Street, San Ignacio Town.

They responded by approaching him and informing him to refrain from such behavior, but he continued, they said. The officer then informed him that he was under arrest for disorderly conduct.

That officer then managed to subdue Pinnix by hitting him with his baton in his head. With the assistance of other police officers, they said, Pinnix was handcuffed and escorted to the San Ignacio Police Station, where he was informed that he was under arrest for the crimes of aggravated assault, disorderly conduct, and other charges.

The police officer’s injuries were classified as wounding. Police then detained Keith Pinnix, 27, a Belizean soldier of Georgeville, who was also issued with a pair of Medico forms as he received a cut wound to the left side of the head. Pinnix was taken later to the San Ignacio Hospital and later transferred to the Karl Heusner Memorial Hospital for treatment. Although the report states that the police officer was injured, there is no record of the officer being treated for any injuries. Furthermore, one of the victim’s aunts, Joan Pinnix, told Amandala that police had initially claimed that they found her nephew passed out in front of the night club.

Another aunt, Alma Pinnix, told us that the police officer who has been named in the incident was removed from duty in the past for excessive use of authority. Keith Pinnix has since regained consciousness and is presently recovering from his injuries at the BDF Hospital at the Price Barracks, and the BDF has reportedly launched an investigation to ascertain the details of the incident, as well.