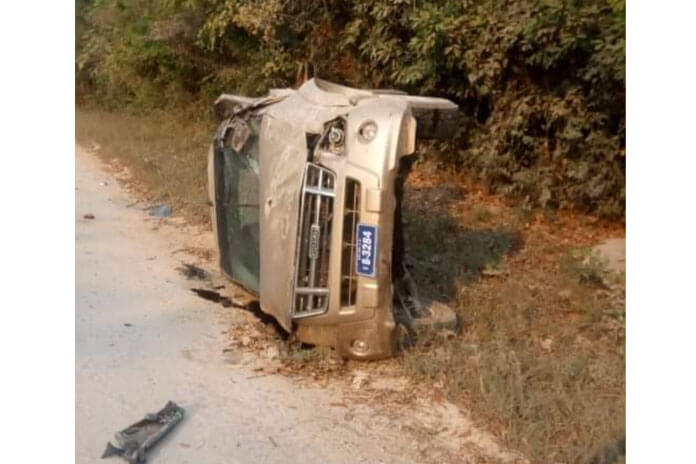 COROZAL TOWN, Fri. May 1, 2020– Priestly Rancharan, 23, a soldier of the Belize Defence Force, died in a traffic accident today on the Consejo Road in Corozal Town.

Reliable information to us is that this afternoon, Rancharan and four other soldiers were on mobile patrol in an SUV on the Consejo Road, and were heading from Corozal Town toward Consejo, when the driver lost control of the vehicle, which overturned.

As a result, Rancharan suffered massive head and body injuries and died almost immediately, while the four other soldiers suffered varying degrees of injury. They were taken to the Northern Regional Hospital, where they were admitted in a serious but stable condition, while Rancharan’s body was taken to the morgue.

Police have begun an investigation into this fatality.

Rancharan and his team were reportedly conducting enforcement patrols in Consejo, to prevent entry into Belize from Mexico, since there is an easy crossing from Mexico to Belize through the area.