Home General Belize Bank has yet to pay us: Evergreen
GeneralInternational

Belize Bank has yet to pay us: Evergreen 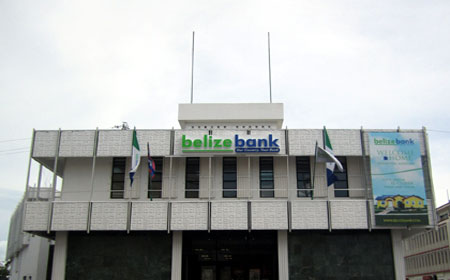 BELIZE CITY, Mon. Apr. 4, 2016–About two weeks ago, Amandala broke the story that late last year the Belize Supreme Court ruled in case 656 of 2014, that Belize Bank Ltd. (the defendant in the case) must pay Evergreen E-Pay Solutions Ltd. (the claimant who brought the case against Belize Bank Ltd.) a sum of over USD$3,309,373 for abruptly ending a business arrangement into which the bank had entered with Evergreen for the provision of Internet Payment Service Provider (IPSP) services and a referral program for potential e-commerce merchants.

On December 18, 2015, an oral judgment, followed by a written one, laid out the financial repercussions that would be suffered by Belize Bank, which, according to the judgment, firstly failed in its business dealings with Visa International Inc. to comply with established guidelines and regulations as it pertains to third party agents; and secondly violated its obligations to Evergreen by terminating a written and unsigned agreement between the two parties, which while unsigned, according to the judgment, was legally binding based on the words and conduct of the parties involved (Belize Bank Ltd. and Evergreen).

A day after the Amandala story hit the streets, an email was sent to the AMANDALA offices by Evergreen E-Pay Processing Ltd.’s director, Robert Allen, in efforts to “correct [the] headlines of ‘Belize Bank Paid Over 3 Mil to Evergreen’”. Allen went on to say that, “In fact the article should read that they were ordered to pay over this amount but have yet to do so. I do not want your readers to think the bank has paid over something to our company that it has not [emphasis is Allen’s].”

At this time Evergreen stated in its correspondence to us, that they are waiting guidance from their attorneys before providing the Belizean public with an official comment on the case, which Allen says they are anxious to present. He alludes to the fact that contrary to our story, which focused on de-risking as being a contributing factor, according to him, “There is a lot more to this story beside Evergreen once you look deeper”.

Evergreen, a US-based E-merchant company, (according to the Supreme Court) functions as an “‘Independent Service Organization’ (ISO) or Internet Payment Service Provider (IPSP) and operates as a broker for financial institutions, specifically providing electronic payment processing services, using its electronic gateway, to financial institutions in Belize and in this case the Defendant [Belize Bank Ltd.]”

In his 29-page judgment, Justice Courtney Abel underscores the fact that he found the witness statement of former Managing Director of the bank, and attorney-at-Law, Christopher Coye, which was dated 13th July 2015 and was given on behalf of the defendant (Belize Bank), to be, in his words “quite unpersuasive insofar as it attempted to reinterpret and resile from his letter of the 15th September 2013, and in this regard I considered he had been wholly discredited”. Apparently the letter Justice Abel mentioned was a letter written by the said Christopher Coye dated 15th September 2013 and addressed to the Belize Bank Ltd., in which he confirmed that the claimant (Evergreen) and the bank had entered into a relationship since February of 2012, and Evergreen was to provide IPSP services and serve as an introducer; a relationship, he writes in the letter, of which Belize Bank “was well aware”. He further confirmed that they had formulated an IPSP agreement, but unfortunately due to his departure from his position at the bank the document was never signed. Additionally, he also made mention that during his time at the bank “the bank sought to manage the relationship substantially in accordance with the IPSP and aside from some early teething problems, the company [Evergreen] seemed to settle in well in their relationship with the bank”. This according to Justice Abel “is strong evidence in support of the parties that by their conduct was acting in accordance with this agreement”.

In contrast, in its 16th of December, 2014 pleadings, Belize Bank Ltd. pleaded that while an agreement was proposed by the Claimant, no such agreement was settled, agreed or executed. The bank went on to state, “that any such agreements with Evergreen were made independently of the Bank and that it was unaware of the terms of any such arrangement”.
Belize Bank evidently came under fire from Visa International Inc., firstly for utilizing unregistered third party agents, and secondly because of excessive chargebacks that originated through Evergreen and two other IPSP’s, namely Payready and Paragon Processing. In an excerpt from a letter presented to the Supreme Court from Visa International Inc. dated the 26th of February 2014, Visa Inc. notifies the Belize Bank of charges for program violations. The letter reads, “Visa has reviewed your institution’s performance in the Visa Risks Programs and is concerned about increasing cross-border fraud and chargeback levels generated by [Belize Bank international] merchants…three US-based sales agents that were not properly registered with Visa”.

Chargebacks are usually measured against monthly volumes processed by merchants, and by industry standards anything between 2% and 5% would trigger red flags for Visa Inc. In this specific case, according to the Visa letter presented to the Court, the entity had a chargeback to sales ratio of 1.8% for the February 2014 cycle.

The Court explains that Visa Inc. fined Belize Bank Ltd. “US$68,800 for program violations in relation to the chargebacks and fined the bank an additional US$30,000 for using three unregistered third party agents including Evergreen. Justice Abel noted in his written judgment that Belize Bank Ltd. obviously failed to register Evergreen with Visa as an ISO, however had the option to take the steps to register later, but chose not to and instead terminated its relationship with Evergreen.”

Belize Bank argued that because of the Visa Inc. letter (detailing $10,000 in fines per unregistered agent) there existed grounds for termination of the agreement with Evergreen. In fact, Belize Bank claimed that the termination of the agreement with Evergreen was based on that Visa Inc. letter. However, the Supreme Court ruling explained in its background section what is clearly a rejection of Belize Bank’s claim: “Neither had Visa authorized the bank to shut down its relationship with the merchants introduced by Evergreen; yet it appears that the Bank opted to do so, and has used the Visa letter as a trigger, or excuse, for the termination of Evergreen,” stated the ruling.

The Supreme Court further ruled that although fined, the bank had the option to continue the working relationship with Evergreen if they formally registered them, but that “the Bank opted not to take steps to register Evergreen with Visa”. The Court also noted that “there was no similar problem” with MasterCard and therefore the Bank could have continued working with Evergreen (in its dealings with that separate company).

And so the Court found that the agreement was terminated in violation of the unsigned agreement, and that there was no automatic termination and so Belize Bank must pay “USD$3,309,373 plus interest at the rate of 8% from the date of filing of the Claim until Judgment together with costs to be agreed or on the prescribed basis under the rules”. Allen claims that this amount that is specified in the Supreme Court ruling — over USD$3 million — has not yet been paid by Belize Bank.