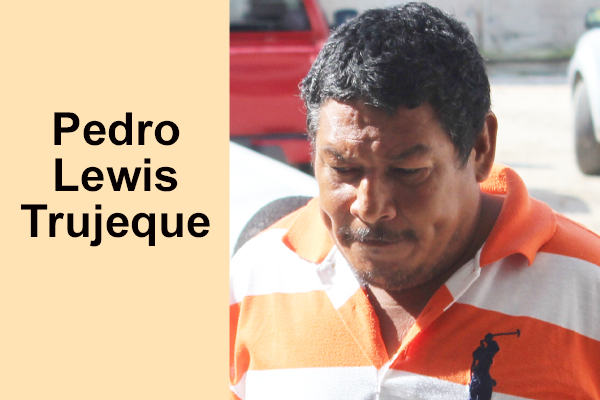 A Belize City man was remanded to prison after he was arraigned on a single count of rape when he appeared before Chief Magistrate Ann Marie Smith, who remanded him to prison until his next scheduled court appearance on April 2.

Pedro Lewis Trujeque, 49, who was unrepresented in court, did not have to enter a plea after the Chief Magistrate read the charge of rape to him, because the matter is an indictable offense and will be heard in the Supreme Court after a preliminary inquiry is completed at the Magistrate’s Court.

The allegation against Trujeque is that on February 9, he raped a 25-year-old woman on Long Caye.

According to police, the woman reported that on Sunday, she was walking on the wharf with Trujeque when it started to rain, and as a result, they turned back and headed to the house on the island. In the house, she alleged to police, Trujeque threw her on a mattress and raped her.

Before he left the courtroom, Smith advised Trujeque of his constitutional rights, telling him the Magistrate’s Court was unable to grant him bail for 90 days, but that he could file a bail application at the Supreme Court, through an attorney.

Under the new bail rules, in the amended Crime Control and Criminal Justice Act, a person who is remanded has to wait two weeks before applying for bail at the Supreme Court, unless a waiver of the mandatory two weeks period is granted by the Director of Public Prosecutions.