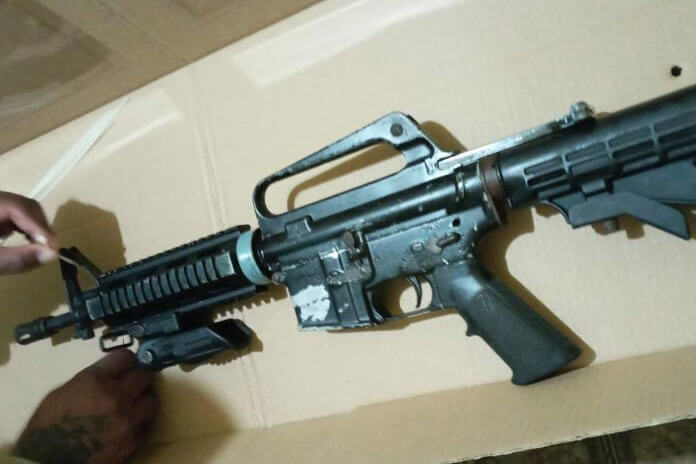 BELIZE CITY, Mon. Jan. 10, 2022– A high-powered military-grade rifle was discovered during a near 6-hour search on Tobacco Caye last Thursday, January 6. The small island is a popular tourism destination off the coast of Dangriga.

The special search operation was carried out by Coast Guard officers, who found the weapon in a room occupied by Robert Bradley, who was subsequently detained. Along with the rifle, the officers also found thirty-live rounds of 5.56-millimeter military-grade ammunition on the island during the search.

The commando version M-4 carbine was handed over to the Police Department, who will bring charges against Bradley for gun possession.

The Special Operations Unit of the Belize Coast Guard is designed to carry out operations that mirror police’s land-based efforts in Dangriga.

The source of the rifle, and how it came to be in the country and on the small island is not yet known, but the southern waters in Belize are known to be an area highly trafficked by both domestic and international participants in the narco trade, and military-styled weapons are typically used by these traffickers.