Home Features Belize draws 29.3% more tourists for first half of 2014, with peak...
Features 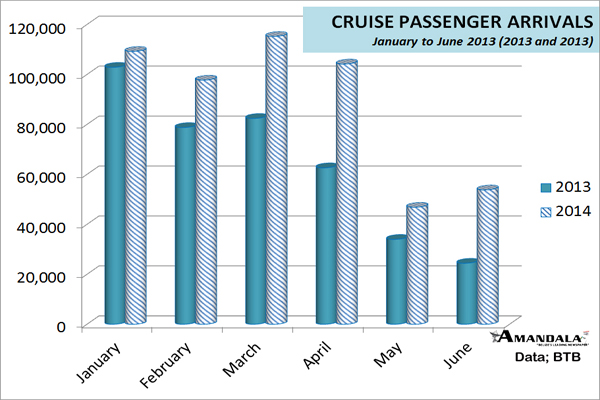 Airport arrivals were also up by 11% for January to June 2014, with 14,011 more tourists arriving at the Philip Goldson International Airport (PGIA).

More than half-million cruise tourists visited Belize during the period, up from 385,116 for the same period in 2013. 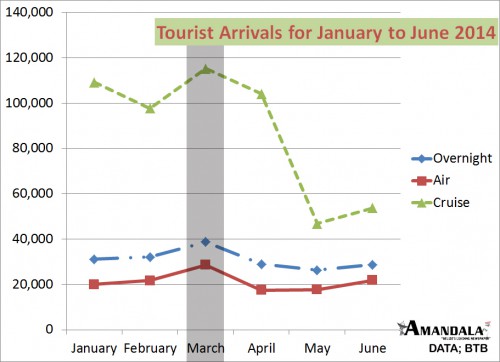 The official data indicate that 185,998 overnight tourists traveled to the country, with more than three-quarters of them arriving by air at the PGIA. These were mostly visitors from the U.S.A.

According to the BTB, “The largest market for travelers to Belize continues to be Americans, which has increased by 11.8%; the second largest is the European market, having a 23.2% increase; the third largest is the Canadian market, with a 6.4% increase.”

Meanwhile, March also saw a peak in cruise tourist arrivals of 115,227 visitors, whereas June experienced the highest year-on-year growth, with the figure doubling from 24,432 to 53,789. 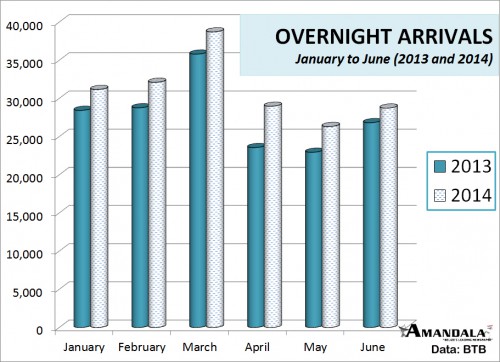