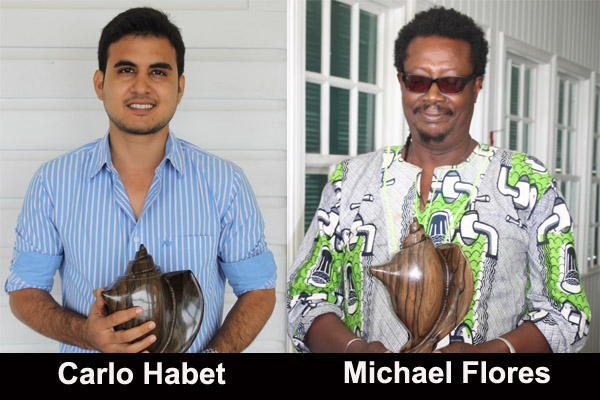 The winners for the best film productions showcased at the 2013 Belize International Film Festival were announced today, Monday, at an award ceremony held at the Belize House of Culture.

There were 49 entries in the festival, but only four winners were chosen, one in each category for Best Short Documentary, Best Short Film, Best Documentary Feature and Best Feature Film. In addition to those categories, there was also a category exclusively for Belizean entries in which Best Music Video and Most Notable Submission were chosen.

The winning films were selected by the festival’s four jurors: American-British producer Sandford Lieberson, Cuban filmmaker Rigoberto Lopez and American actress Erika Alexander were jurors for fiction and documentary films; and vice-president of creative and visual content for Warner Bros. Records Denise Williams Watts was the juror for music videos.

Best Feature Length Narrative went to 2011 Australian film Toomelah, directed by Ivan Sen. Special Jury Mention in that category went to 2012 Canadian film Home Again, directed by Sudz Sutherland. Best Feature Length Documentary went to The Abominable Crime, which was a Jamaica-Holland-United Kingdom-Canada collaboration done in 2013 and directed by Micah Fink. Special Jury Mention went to film Separated which was an Australia and Spain collaboration done in 2012 and directed by Natalie Halla.

Among the Belizean entries, Most Notable Belizean Film in the Festival went to Maroons: Africans on the Move, directed by Michael Flores. The film was shot this year in Belize.

Carlo Habet said that the success of “Ex-boyfriend” as a song helped to make the video what it is.

“We wanted to do something to bring the song to life and apparently we succeeded,” he said. “We are very humbled and flattered that we were picked and we were tied. I’m glad that the product was well-received and Belizeans saw it as their own.”

Michael Flores told us that Maroons: Africans on the Move is a short documentary that shows the cultural similarities and African continuity among the Maroons of Jamaica, the Garifuna of Central America and Maroons in other diaspora.

The film was shot in Jamaica, Dangriga and Guatemala. It was costly, but Flores said he saw it as an investment. He said he believes the work could be used to educate people.

“I do this work basically for the love of my people, Belize people, African people, black people all over the world,” Flores said. “I hope that what we do will help to raise the consciousness level of our people at home and abroad. That’s our job, that’s what we do.”

The film festival was organized by the National Institute for Culture and History under the direction of the Coordinator of the Film and Media Arts Unit within ICA, Suzette Zayden.

Suzette Zayden said that the Festival committee has surpassed themselves this year. She said that about 15 of the 49 filmmakers who submitted work in the festival this year attended the event and that number was a significant jump in the usual attendance by participants.

Zayden said that the festival doesn’t provide airfare or transportation for the filmmakers, so the presence of those that attended made a big difference. She added that the attendance shows that the festival is growing in its reputation and that pleases them to know that these creative individuals want to come to see their films promoted here in Belize.