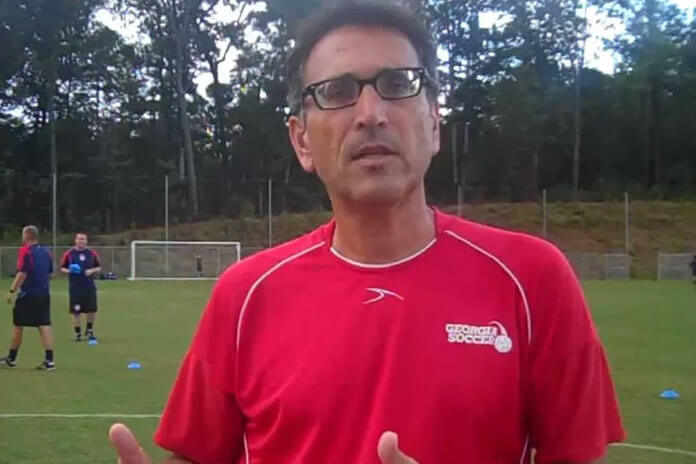 BELIZE CITY, Mon. Apr. 4, 2020– For the past couple years, under its President, Sergio Chuc, the Football Federation of Belize (FFB) has embarked on a player development project country-wide, with the objective being to raise the playing standard in a sustainable manner and continuously improve over the long term, thus creating a foundation upon which to build our senior national team system, whereby the Belize national team can be successful on the international stage.

Director of Georgia Football, Jacob Daniel has been working along with our own FFB Technical Director, Phillip Marin in developing the FFB Coaching Manual which will guide coaches across the country in all phases of the game.

(Jacob Daniel has been the Technical Director for Georgia Soccer and affiliate of US Soccer for more than 30 years. Georgia Soccer under his leadership has worked with this philosophy for the ODP – Olympic Development Program under the auspices of US Soccer.)
An overview document by Technical Director Marin on the “FFB National Playing Style” says “The FFB is promoting a possession playing style and a 4-3-3 formation at the youth level since this is the formation used by most of the progressive youth academies worldwide and it is a good platform for developing players’ attacking skills.”

This is some refreshing news to Belize old-timers who lament the shortage of top strikers that once lit up our football stadiums. In the 70s and 80s, most Belize teams used the 4-3-3 formation; but in recent times the trend has been for more teams to utilize the more defensive 4-4-2 formation.

The document continues:  “… The advantage of this formation is that the workload is evenly distributed across all the players; it teaches more players the important attacking skills by having 3 forwards, and it is easy to switch to other formations if needed. It is also a good system to exploit speed by having fast wingers.  It is a system that is suited for the Belizean players since our players like to attack and use speed…”

According to Technical Director, Phillip Marin, all of this month the FFB is conducting weekly webinars to engage coaches from all districts of the country. Social distancing is still in effect to stop the spread of the SARS Cov-2 virus, but the FFB is using technology to continue its training program for coaches.

Jacob Daniel, who was initially contacted by FFB Vice President Cruz Gamez, has apparently fallen in love with Belize, as, according to FFB Senior Vice President Marlon Kuylen, “he doesn’t charge for his services,” and, aside from travelling with all the youth national teams and sending his reports to the FFB, “he comes to Belize at least 10 times a year to train the coaches using the national team players in camp.”

We wish all the success for this latest effort to unleash the full potential of our Belizean footballers. Cungo, Belize!!