Belize to launch national campaign, as WHO declares Zika emergency 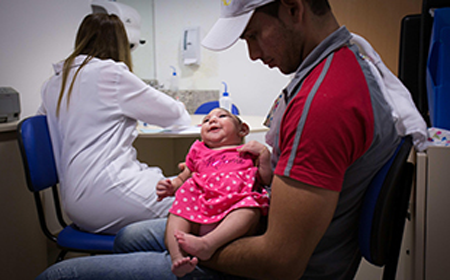 BELIZE CITY, Mon. Feb. 1, 2016–World Health Organization (WHO) Director-General, Margaret Chan, this morning declared Zika to be an international public health emergency, particularly in light of “the recent cluster of microcephaly cases and other neurological disorders reported in Brazil, following a similar cluster in French Polynesia in 2014.”

WHO officials explain that their concerns are because of a possible link between Zika and microcephaly (a birth defect characterized by shrunken heads and brain damage)—and not Zika itself.

In rare cases, Zika is thought to have also resulted in Guillain-Barré syndrome (GBS), a disorder in which the body’s immune system attacks part of the peripheral nervous system, and which, in severe cases can lead to paralysis.

Chan said that, “A coordinated international response is needed to improve surveillance, the detection of infections, congenital malformations, and neurological complications, to intensify the control of mosquito populations, and to expedite the development of diagnostic tests and vaccines to protect people at risk, especially during pregnancy.”

However, the committee which held the emergency session today said that it had “found no public health justification for restrictions on travel or trade to prevent the spread of Zika virus.”

Meanwhile, WHO underscores the need for “protective measures” to control the population of mosquitos which are the vector for the spread of Zika, as well as two other mosquito-borne illnesses which are now widespread in the Americas – dengue and Chikungunya.

In Belize, it is anticipated that when Cabinet meets tomorrow, Health Minister Pablo Marin will present a plan for a nationwide clean-up campaign aimed at eradicating the breeding grounds for the Aedis egypti mosquito, which transmits Zika.

Director of Health Services, Dr. Marvin Manzanero, told our newspaper that the campaign against the spread of Zika, which would be targeted at all community levels, will also benefit Belize’s battle against dengue and Chikungunya, the latter of which, like Zika, recently emerged as a public health concern in this hemisphere. As a part of the plan, he has drafted an invitation to town councils, city councils and village councils to join the ministry in a massive clean-up campaign in a nationwide effort.

To date, there are no confirmed cases of Zika in Belize, although the DHS has said that it is probably already present in the country, since the majority of cases go undetected because patients are asymptomatic.

In responding to queries about public health surveillance at our borders, Manzanero said that Belize is better off fighting the vector itself. This is because visitors may be infected with Zika and may not show any of the warning signs, such as fever, rash and conjunctivitis.

The US Centers for Disease Control (CDC) confirmed this morning that it can conduct testing for Belize, he also told us.

According to Manzanero, the suspected link between Zika and microcephaly “is still dubious,” and he points to a report questioning that link and pointing instead to the possibility of mandatory vaccines for pregnant women recently introduced in Brazil as being the culprit, as well as allegations that Brazil had previously been underreporting cases of microcephaly. (Brazil last year reported over a million zika cases and about 3,500 cases of microcephaly.)

There is also a claim that the spread of the Zika virus is being accelerated by GMO mosquitos, which were introduced in Brazil and Panama in recent years. An article in Business Insider calls it a wacky conspiracy theory.

Officials of Oxitec (which engineers the GMO male mosquitos which have lethal genes that kill their offspring before adulthood) have reportedly been in Belize, trying to see if they could introduce those GMO mosquitos on the cayes.

According to Manzanero, Oxitec had initial discussions with Belize in 2013/2014, as they have been trying to test their mosquitos in a closed community. The proposal was to release the mosquitos on Caye Caulker and San Pedro, but because the water there is brackish, they were not sure whether the male sterile mosquitos would have thrived in the areas where they would be released. Furthermore, the cost of the program, which the Ministry would have had to finance, was also an issue, he added.

Manzanero also pointed to the preliminary results of Oxitec trial runs in Brazil, where, despite the introduction of GMO mosquitos, “dengue cases did not go down,” and might have actually increased in some areas.

Although its widespread appearance in the Americas is recent, Zika has been known to exist for decades now. National Geographic notes that, “This virus was first isolated in Uganda in 1947, within a small enclave called Zika Forest, near the west shore of Lake Victoria, where researchers from the Rockefeller Foundation were studying yellow fever.”

The Zika virus, which causes paralysis and death in mice, was isolated from the blood of an experimental forest sentinel rhesus monkey in Uganda, said an online source, ATTC, a bio-resource center which sells the virus for research and confirms that it had been isolated almost 70 years ago by the Rockefeller Foundation.