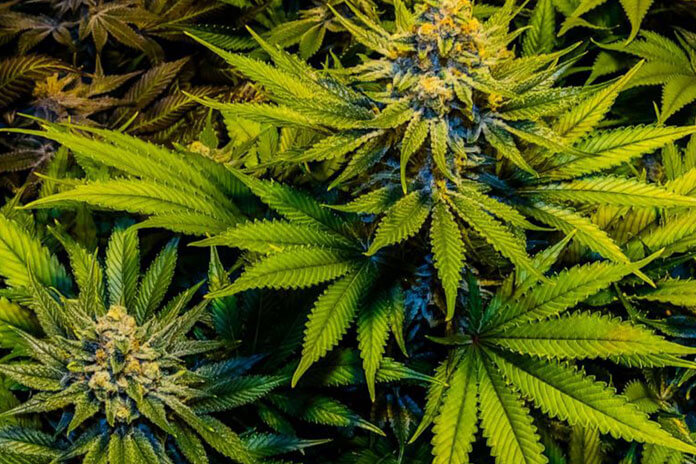 BELIZE CITY, Thurs. Mar. 31, 2022– Yesterday, the Senate passed into law the Cannabis and Industrial Hemp Control and Licensing Bill of 2022, which, in conjunction with the recently amended version of the Misuse of Drugs Act, legalizes the recreational use, commercial production and sale of cannabis throughout the country of Belize. The laws legalize cannabis use for adults only and put in place a framework for the rollout of the industry in Belize, which is to be overseen by a Cannabis Control Commission. Senator for Government Business, Hon. Eamon Courtenay, highlighted during the Senate meeting that every person wishing to have cannabis in their possession must hold a Cannabis Identification Card.

“Clause 5.2, an application for a cannabis ID card, the person must be at least 21 years of age. That is to ensure that there are — as best as possible when it’s regulated — it doesn’t get into the hands of children. Obviously, it’s no guarantee, but it is an attempt by the law to say that it is 21 years and older who will be lawfully allowed to possess cannabis. And it sets out, Madam President, the other prescribed documents that must be presented, and the fee for that ID card,” Courtenay explained.

The government of Belize has opted to create a local cannabis industry through which it will be able to tax and regulate ganja usage across the nation and will be offering a range of licenses for anyone desirous of entering that industry. It will be required, however, that at least 30% of the shareholders of such enterprises be citizens of Belize, and applicants must undergo an Interpol check before being granted any license.

As reported earlier this week, the National Evangelical Association of Belize (NEAB), along with a few Catholic priests and other churches, had called for a referendum on the matter and the senator representing the country’s churches had supported the business senator, Hon. Kevin Herrera in his attempt to prevent the bill from being read through all its stages yesterday. Those attempts failed, and eventually, Senator Bishop Alvin Benguche decided against the calling of votes. In his remarks, he stated, “Perhaps, no matter how many consultations are held, in so far as the church is concerned, this is not the direction that we should be going at this time…” Senator Benguche highlighted obstacles and difficulties that legalization would create in the banking sector.

“When we talk about this being a cash-only industry, and we know why the business people know why they know that we cannot, we ought not, and we should not be dealing with that kind of money within the banking sector, we know that and how it will be affected as adversely as a country if we do,” Senator Benguche remarked.

“I think in a way, it may actually cause us more problems, and we just over the past three years, we had a little of the problems within our banking system. I mean, I remember the company in the business community, mine included, had tremendous problems working with banks because of the corresponding banking issues that we are having, moving our money from one country to the other, and I think that is why the banks don’t want to touch it, and I think if the local banks don’t want companies’ money who are dealing in this industry, then what we are talking about, Madam President, is that we would have to run this through a cash system,” Senator Herrera commented.

He added, “It may bring unnecessary risk to our banking system and risk the other businesses who are operating in other aspects of the economy, so I wonder if it’s a risk too high for us to take at this point.”

Those in dissent didn’t have a sufficient number of votes to stop the three readings of the bill, but senators who opposed the bill took the opportunity to voice the concerns they had with the bill. Hon. Darrell Bradley, UDP senator, noted that there were mixed views even within his own party on how to approach the debate of this bill, but said that he appreciates that there is a balancing act at play.

“It is appreciated that this is a balancing act. There is an economic agenda, and economic push, a need for job creation and stimulating the economy, but there are also quite legitimate concerns that the social partner senators have expressed. Members of our own caucus have expressed those concerns; the senators on our side could not agree to what our position would be. Members of the United Democratic Party could not agree,” said Bradley.

For his part, OJ Elrington, sworn in as a temporary senator for this sitting, touched on the need for the Cannabis Identification Card, adding that requiring users to pay $50 to receive that permit is tantamount to re-creating a regime that targets those persons in possession of small quantities of marijuana.

“Of significant concern to me immediately is section 5, which requires a licence in effect for mere possession, and with that, not only do you need a licence, but you also must pay $50…for many of the persons that bill was created for, if it is that is the case, that it would create a regime, where once again, we would be criminalizing small quantities,” Elrington observed.

During Senator Courtenay’s closing presentation, he responded to some of the assertions made by those opposed to the bill. “I have not heard of a single case, of a person attempting to go into a bank to deposit money and the bank saying, ‘no, I nuh di tek your money because I want know if you di buy and sell marijuana’… We sit here and talk about threats to the banking system when the United States is about to pass the Safe Banking Act to allow for the banking of the proceeds of the sale of marijuana this month.”

He added, “The position is as far as this side of the Senate is concerned. We support the legislation as drafted. Serious concerns have been raised, and proposed amendments and issues that have been discussed, debated, we will take those on board and we will propose at the appropriate time, after consultation, further amendment. “