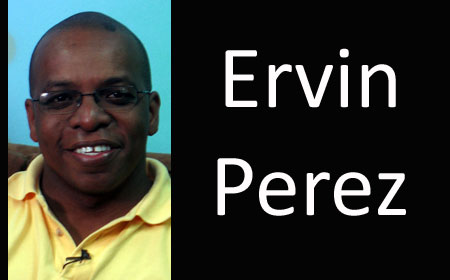 BELIZE CITY, Thurs. Apr. 9, 2015–Bank savings accounts and shares in the major utility companies are some of the financial investment vehicles that have been traditionally used in Belize; however, in recent years, we have seen new investment vehicles emerge, with the Belize Electricity Limited (BEL) launching into debentures to the public and the Belize City Council offering the chance for the public to invest in municipal bonds.

For BEL and the Belize City Council, offering these financial options has both ensured that they have been able to raise tens of millions of dollars without paying the double-digit interest rates charged by commercial banks, and enabled persons with extra money to earn more interest than the banks are now offering.

Ervin Perez, managing director and partner of Legacy Fund Limited, says that were it not for legislation that imposes a floor on interest rates – a minimum of 2.5% which banks must pay customers who save with them – the rates would probably have plummeted to well below the existing norm, which means that savers would get virtually nothing for putting money in the banks.

$350 mil in extra cash in the financial sector

Interestingly, Perez said that the amount of liquidity in the financial sector – funds sitting around and not being circulated via lending and/or spending – has been on a sharp increase, swelling from a mere $98 million in 2008 to $450 million today, and $353 million of that is pure cash.

Furthermore, what investors are earning from financial instruments, and particularly instruments such as term deposits, has been on the decline, and declining interest rates have meant that the Market Portfolio Return (MPR) has dropped from 4.8% in 2014 to 4.4% in 2015.

This afternoon, Perez unveiled the information at the 1st Quarter 2015 Belize Market Return Luncheon presentation hosted by Legacy Fund Limited in collaboration with the Belize Chamber of Commerce and Industry (BCCI) at the Belize Institute of Management in Belize City.

He explained to Amandala that the MPR level takes into account what people would have earned had they put aside their financial assets in all the different possible investments available in Belize, ranging from the one with the best comparative advantage – the BEL debentures – to credit unions savings, which were ranked even higher than bank savings when Perez looked at the rate of return savers earn relative to the risk of using that investment vehicle.

Still, after Perez’s presentation, the conversation in the room was remarkably still centered on what is happening in the commercial banking sector.

Perez told us that the reason for that is simple: when Legacy Fund totaled the financial assets in Belize, they found that the banks are responsible for 80% of what exists currently, and the remaining 20% sits with entities such as insurance companies, credit unions, etc. He said that Belize still has a bank-dominated financial market.

Kim Aikman, BCCI’s chief executive officer, noted at the forum that there is still a challenge being faced by small businesses who want to access commercial financing – the rates for which, she said, still remain high. She spoke of a case where the bank was requiring collateral valued at about 10 times the amount which an entrepreneur wanted to borrow.

Perez explained to us that banks will generally not risk lending to start-up companies – which are companies less than 3 or 4 years old, since they are not sure about how well they will survive during hard times.

He expressed the hope that the professionals who attended today’s luncheon would now start to think beyond the traditional means of investing.

Perez underscored the need for investors to mix up their investment portfolio, using the old adage that one should not put all his or her eggs in one basket. He said that this is a principle he personally employs by spreading his money across a range of investments.

Perez told us that apart from the declining interest rate environment which has been prevailing in Belize, they have been seeing levels of risk involved in various investments increase, because there is a lot of volatility or change in what happens from year to year.

He gave the example of the possibility of early general elections being called in Belize, and that uncertainty possibly leading to a decision by an investor to hold off, until the outcome of the elections is known.

He said that, looking into the future, the environment appears even riskier, with pricing changes, such as those for world market prices for oil, resulting in a scenario where nobody really understands what will happen next. Both globally and domestically, there is more risk, Perez told us.