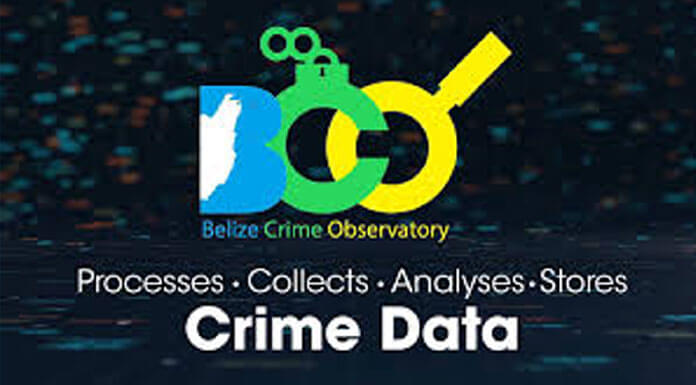 BELIZE CITY, Mon. Nov. 23, 2020– For the first time in seven years, Belize is projected to record a decrease in the yearly number of serious crime incidents.

On November 18, to commemorate World GIS Day 2020, Technical Coordinator for the Belize Crime Observatory (BCO), Adele Ramos, gave a presentation on the current state of crime in Belize.

She said that the COVID-19 pandemic will cause a sharp decline in the murder rate for 2020. A decrease of 24.77% has already been recorded from January to October. During that time, 82 murders have occurred, compared to the 109 murders recorded in 2019 during the same time span.

According to Ramos, the projected murder rate for 2020 is estimated to be 25 homicides per 100,000 inhabitants.

While a reasonable decline was seen in 2019, the decrease in 2020 is a result of the restrictions that are in place due to the COVID-19 pandemic. A further reduction in the murder rate is anticipated as the pandemic drags on.

For the period January to October of 2020 a total of 754 major crimes were recorded across Belize. Of that number, 82 were murders, 46 of which occurred in the Belize District. An estimated 95% of murders were carried out with a firearm.

It is interesting to note, however, that Stann Creek and Corozal recorded an increase in murders when compared to 2019.

Ramos said that the BCO has found GIS to be useful to track trends of crime increase in those specific areas where special police intervention will be needed. In Belize City, GIS data show a resurgence of crime in the area surrounding Police Precinct 1, located at the corner of Kut Avenue and Euphrates Avenue.

The report on Major Crimes 2019-2020 that was released by the Belize Police Department’s Joint Intelligence Coordination Center also records 22 rapes, 137 robberies, 403 burglaries, and 63 cases of theft. Also, 47 incidents of unlawful sexual assault and 177 shootings were recorded.

Overall, therefore, major crimes are down countrywide thus far in 2020. Belize has committed to reducing homicides to under 10 per 100,000 annually in line with the 2030 Sustainable Development Goals. According to UNDP, globally the world has seen a slow decline in the murder rate.