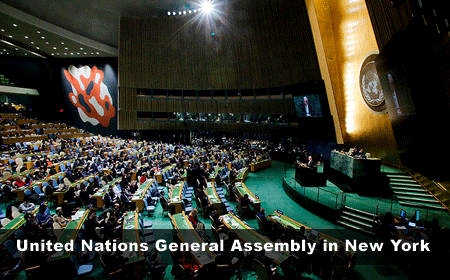 BELIZE CITY, Thurs. Dec. 21, 2017–Diplomats at the United Nations General Assembly in New York voted overwhelmingly to reject US President Trump’s decision to recognize the disputed city of Jerusalem as Israel’s capital. The vote went 128-9 against the US, and the assembly approved a non-binding resolution which called on countries to avoid moving their embassies to Jerusalem.

A number of countries abstained from the vote, 35 in all. Notably, Belize voted against the US move, as did the United Kingdom. Only nine countries, including the US, Israel and Guatemala, voted in favor of naming Jerusalem as the Israeli capital.

President Trump has threatened to cut aid to countries that didn’t support his move. The US administration, which has been in power a little over one year, has not yet named an ambassador to Belize.

The UN vote today was a stunning rejection of President Trump’s move to alter the geopolitical realities of the volatile Middle East, when he named Jerusalem as the Israeli capital and indicated that the US embassy would be relocated there.

Israel’s Prime Minister, Benjamin Netanyahu, has been quoted as describing the resolution, as ‘theater of the absurd’: “Jerusalem is our capital. Always was, always will be,” Netanyahu said.

The US Ambassador to the UN, Nikki Haley, tweeted: “America will put our embassy in Jerusalem. That’s what the American people want us to do and it’s the right thing to do. No vote in the UN will make any difference on this.”