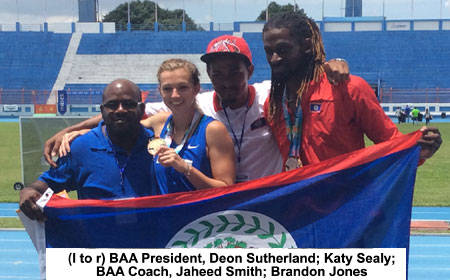 BELIZE CITY, Mon. June 20, 2016–Returning to Belize by bus tonight from El Salvador is a contingent of Belizean athletes and officials of the Belize Athletic Association (BAA) who are bringing back 12 medals – 6 gold, 4 silver and 2 bronze – won at the 17th Central American Seniors Championships in Athletics, held at the Jorge “Magico” Gonzalez Stadium in San Salvador, beginning last Friday morning and ending yesterday, Sunday afternoon. 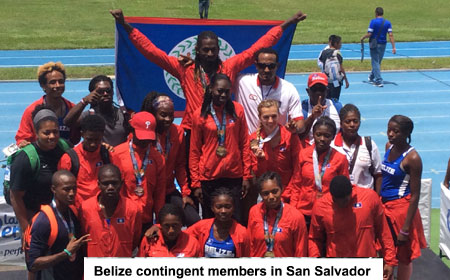