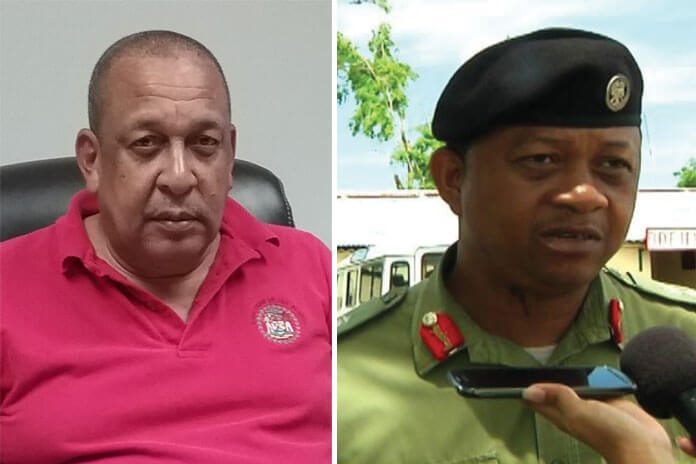 The primary radar will be used for, among other things, detecting illegal aircraft even if their transponders are turned off

LADYVILLE, Belize District, Fri. Jan. 17, 2020– An agreement was signed this morning between the Belize Civil Aviation Authority (COCESNA), and another company, INDRA, for the procurement of a new primary radar at a cost of BZ$12 million, which will be a great step up from the secondary radar, which is being used as a primary radar.

Among its many benefits, the primary radar will enable Belize law enforcement officials to more effectively track drug planes.

General David Jones, security consultant to the Belize Civil Aviation Authority, while giving a brief outline of the functions of the primary radar to the media this morning at the signing of the agreement in the office of COCESNA, said that all planes have a transponder, an instrument on board that sends out signals. Planes that are coming in legally turn on the transponder and send signals to Air Traffic Control for instructions to land, and for various other reasons.

Planes entering our air space illegally, however, turn off the transponder. The secondary radar is not capable of detecting such planes, and this is exploited by drug traffickers, but with the acquisition of the primary radar which has a radius of about 80 miles, any plane that enters our airspace with or without its transponder turned on is immediately detected and tracked.

If an aircraft does not have its transponder turned on, a feed is sent to the Joint Intelligence Command, who will be able to see and track the plane. They can then react quickly to capture the plane before its cargo is removed and its crew is able to escape. It is a major tool to combat the illegal landings of drug planes.

The primary radar will be essential, also, in guiding pilots in times of bad weather conditions, which the present secondary radar is not capable of doing, and it will also allow easier control of air movement in the nation’s air space.

Also, Belize will now be able to connect with Central America in the event that one of those countries’ radars goes down, and give them assistance.

The Director gives thanks to the officials of COCESNA and INDRA for their assistance and involvement in acquiring the radar.