Belize trading over US$300 million in goods with the US 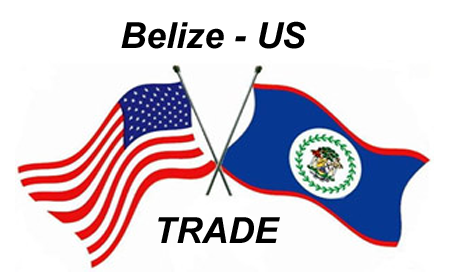 BELIZE CITY, Mon. Apr. 24, 2017–The U.S. Trade Representative (USTR) Secretariat’s Deputy Chief of Mission, Christopher Wilson, said in a statement released today on the occasion of Belize’s 3rd trade policy review at the World Trade Organization (WTO) in Geneva that, “Belize has an important role in the region as an open and growing economy…”

“Our countries continue to maintain close and cooperative relations. Bilateral trade in goods totaled [US]$323 million in 2016, and the United States provides for duty-free import for a variety of products from Belize,” Wilson said.

He added that the United States is home to the largest expatriate Belizean community, estimated to be more than 70,000.

The US Department of State noted in a January 2017 publication that the United States is Belize’s principal trading partner and a major source of investment funds.

It said that “…in 2015, the United States accounted for 37.6 percent of Belize’s total exports and 33.7 percent of its total imports.”

It also noted that 185 companies from the US have operations in Belize.

Tourism seems to support a substantial amount of trade in goods and services between Belize and the USA.

“Tourism attracts the most foreign direct investment, although US investment also is found in the telecommunications, petroleum, and agricultural sectors,” said the US State Department.

The statement presented by Wilson notes that, “more than a million visitors [to Belize] come from the United States each year.”

It also points to fiscal challenges being faced by the Government of Belize, pointing out that, “…one of the challenges of governance is keeping expenditures under control relative to revenues.”

It describes Belize’s fiscal situation as “difficult,” against the backdrop of Belize having missed its coupon payment on the super-bond this February, and the Government’s recognition that “…it must rein in budgets across the board in order to keep its debt under control.”

“We believe a better fiscal environment will complement efforts to shift from a resource-focused economy to a trade-oriented economy. Indeed, Belize is well-suited to prioritize trade and structure its policies accordingly,” Wilson’s statement said.

According to the Statistical Institute of Belize, Belize’s imports from the US increased by roughly 5% in 2016, to total roughly US$363 million, but exports (domestic exports and re-exports) plummeted by 24%, totaling under US$100 million for 2016. We note that the SIB data reflect only merchandising trade and not trade in services.

In further detailing Belize’s challenges, the USTR report notes that, “Hydrocarbon exports have declined significantly since 2010, with the slack taken up by a relatively diversified mix of foodstuffs, agricultural, and other exports. But this welcome shift has not been accompanied by significant policy changes to support trade. The number of lines subject to tariffs has increased, and tariff rates themselves have inched up. These policies affect Belizean consumers, companies that utilize inputs for trade, and the increasingly vital tourism sector.”

The statement did not directly address the potential impact of the new revenue measures introduced this April, including an increase in departure fees for foreigners coming to Belize, which are directly impacting tourism, as well as further levies on imports to Belize.

Belize is in the process of undergoing its third review of the trade policies and practices on 24th and 26th April 2017. The Government of Belize filed its national report back in March.

Belize’s last WTO trade policy review was in 2010. Belize was subjected to its first review in 2004.

We will have more on the ongoing WTO review in a subsequent article.