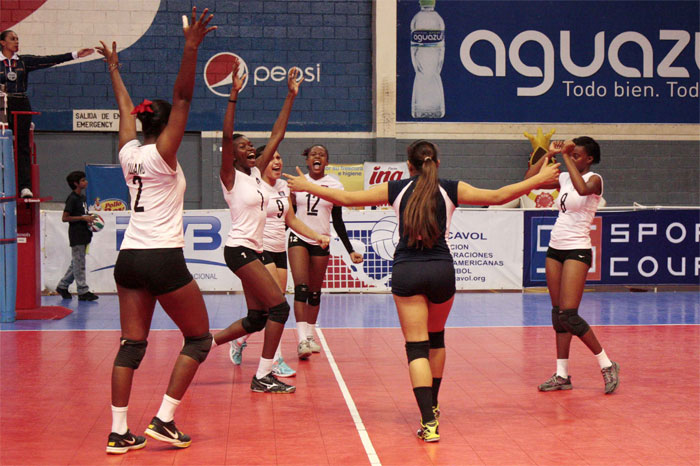 TEGUCIGALPA, HONDURAS—The U-23 Female National Team finished the U-23 Central American Female Volleyball Championship with a win tonight against host Honduras. A 3-0 sweep would possibly have Belize replace Honduras in the 4th position. Belize won the first set easily, 25-20; but then had a let down in the second set and lost, 22-25, losing the chance at 4th place, but came bank strong to win, 25-23, 25-21, in front of a large home crowd. Maurissa Williams and Tichele Solis led the team with 27 and 21 points, respectively. 14-year-old Kori Diego added 10 points in the match.

Captain Tichele Solis after the match: “It feels great to close with a win. We didn’t want to wait until getting back home to apply everything we’ve learned here, and decided to close big, leaving all we got on the court.”

Team Belize improved with every match, and although being the youngest team of the tournament, we came within one set of 4th place, and one match of medal. Costa Rica won the tournament without losing a set. Nicaragua came in second, and Guatemala third.

16-year-old Maurissa Williams won Best Scorer and 2nd Outside Hitter of the tournament. Captain Tichele Solis displayed her all-around game and was 3rd best scorer, 2nd best blocker, and was highly ranked in other skills.

The press, commentators, and even opponents had many compliments for Team Belize, especially considering our population size (compared to theirs), our sport challenges and conditions. With the right practicing conditions, programs and support, Team Belize could consistently compete for medals.

The Belize Volleyball Association (BVA) congratulates the U-23 Female National Team on a good performance, improved result, and fighting spirit showed. Congratulations to Maurissa on the individual awards. We are very proud of you all. Thanks to all for the support shown on Livestream, Facebook and otherwise.
– press release –