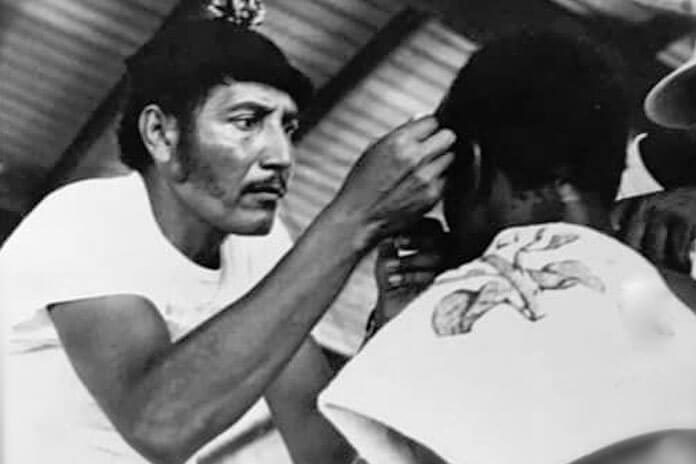 The legendary Belizean boxer of the 1970s, Raymond “Sixteen” Thompson, hails the late and legendary Gustavo Marin as Belize’s greatest boxing trainer of all time. Not only was Marin one of the best cornermen, who had the back of many of the legendary Belizean boxers, like Roy “Shorty” Clarke, Trinidad-born Fitzroy Guisseppi, Leroy Hardiman, Frank “Tukutak” Humes, Thompson himself, and many others, but he ran the most progressive and successful boxing gym in the country, that produced the best boxers in Belizean boxing history at his famous “Independence Gym”.

The legendary Gus Marin, according to Thompson, trained his fighters with some of the most effective conditioning training techniques, that “ripped” them into serious shape for a fight. It made them gladiators against some of the best fighters in Belize from other boxing gyms in Belize City and across Belize, as well as against formidable opponents of the time from Mexico and other parts of Central America and the Caribbean.

Thompson cites one of those training programs that “Gus,” as he was called, used of strapping up with gloves four or five of the best boxers in the gym that included Clarke, Guisseppi, Humes, Hardiman and Thompson himself. This would be done after the regular workout sessions that Marin initiated with sparring moments between the boxers in preparation for big boxing bouts at the Belizean sporting arena, the fabulous Birds Isle.

In his remarks about his beloved trainer, Gus Marin, Thompson expressed that this was how he was paired up with the legendary Guisseppi who was training for a fight with the hard-hitting Mexican fighter, Baby Canul. However, it was Guisseppi that wanted Thompson to become his sparring partner and the boxer whom he had chosen to train with for the Canul fight. The Gus Marin training style of partnering boxers at Independence Gym with each other in random succession and then switching them over to spar with each other, proved effective since Guisseppi was able to knock out the power-punching Canul.

Marin’s elite boxing training program was also producing significant championship results for Belize in regional boxing in the 1970s, and for many of the classic boxers that came straight out of Independence Gym. Thompson himself never lost a fight in his entire career in Belize under the training of Gus Marin, and proudly expressed his deep respect, love and admiration for Marin and his brother, who was also Thompson’s boxing manager.

One recalls crawling up the creaky stairs of the Belizean boxing gym to enjoy moments of boxing training with Belize’s greatest boxers of the 70s, and we recall the image of the serious, no-nonsense, deeply focused, and hardworking Belizean boxing trainer, Gus Marin. Boxers are spread across the floor of the hot humid room and the sound of skipping ropes, punching bags, speedballs, and the rapid pounding and clashing of fighter’s boxing gloves can be heard.

Most of the time, the gym is packed both with old and new fighters, as well as curious Belizean sports onlookers and enthusiasts. They had come to either train with Marin, or to watch the brilliant Belizean boxing trainer and coach train his fighters. It was always a spectacular scene of epic proportions and one would be left inspired and thrilled about boxing and the man who attracted so many Belizeans towards the sport and a once entertaining Belizean pastime.

In this tribute and glimpse into the life of an amazing Belizean boxing legend, Gustavo Marin, we here at Belizean Legends are honored to feature his work for Belize in boxing. It would not have been possible to tell Gus Marin’s story if it was not through the eyes of one of Marin’s best boxers of the time, Raymond “Sixteen” Thompson, and Marin’s son, Gustavo Marin, Jr., who made available for us the historic photo seen here of his legendary boxing father. Of course there are volumes to be written about Marin’s contributions to boxing and sports in Belize. But we end here in honoring and respecting the memory of a Belizean boxing great, Gustavo Marin.

(Photo, through the courtesy of Gustavo Marin, Jr.)