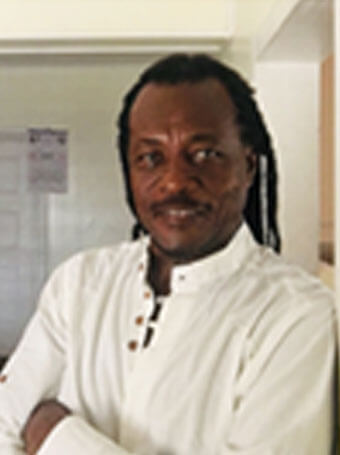 (2) In fixing the boundaries of electoral divisions the Commission shall have regard to the transport and other facilities of the division, and to its physical features.

About six years ago, in May 2014 to be exact, I wrote an article in the Amandala entitled “Political reforms desperately needed: Unions and Teechaz still gat yuh bak?”. The purpose was to inquire whether or not the BNTU, PSU and other unions were really serious about pushing for various reforms that they publicly stated were desperately needed in our country.

Given the national outcry for a more accountable and transparent governance system, BNTU’s vociferous assertion that “teechaz gat yuh back”, promised more than their regular concerns about salaries or job matters. My challenge then was that unless the unions, civil society, private sector and citizens persistently continue to hold government administrations accountable, political parties are lulled into comfort, apathy and entitlement, and pursue narrow political interests. This political behavior results in overall breakdown of good governance, even though, upon taking office, each elected leader swears to God that he or she “will bear true faith and allegiance to Belize and will uphold the constitution and the law and … conscientiously impartially and to the best of my ability, discharge my duties …and do right to all manner of people without fear or favor, affection or ill will.”

There is a downside to much satisfaction and comfort among voters and politicians alike. It lulls people into apathy and they become vulnerable to Trojan horses. When a nation collapses, it occurs as a result of a slow, degenerating process, just like the malignant growth of a cancer when left unchecked in its early stages. Over a period of time, the cumulative impacts of apathy are bound to condemn citizens to severely ineffective institutions and a lifetime of worsened socioeconomic conditions. This pressing issue of gross inequities in political representation of voters is one example of the need for national adjustment to declining standards and blatant violation of Belize’s Constitution.

According to the book Why Nations Fail (which ought to be a mandatory read for all politicians, civil society leaders and policy makers), when elites consolidate their power within degenerating socio-economic and political conditions, they tend to live as though isolated, and fail to engage in processes for much needed changes. If they do engage, it is within their narrow focus in order to protect their own self-interest, rather than that of the nation.

Other dysfunctional features that slowly break a nation include the concentration of political and economic power in such a way as to persistently produce substantial benefits for a small group of elites and their families at the expense of the vast majority of people. The persistent nepotism in which relatives scheme to fill vacancies with their own family members to the exclusion of those highly qualified and trained destroys incentives, robs citizens of opportunities, and saps emerging talents.

Because the elites benefit from weak political institutions, they are least likely to want to make changes. This failure to be responsive to the need to ensure accountable and transparent public institutions is not by accident. When elites derive influence and power from ineffective institutions, they are least likely to initiate and pursue change. As Belize moves closer towards national elections, data from the Elections and Boundaries Department show gross inequities in the number of registered voters per electoral division. The most updated numbers as at Feb. 2020, show that the total number of registered voters nationwide is 159,175, or an average of around 5,152 voters per constituency for 31 electoral divisions.

Compared to the rest of the country, Belize City continues to show a very disturbing discrepancy between the share of legislative seats and voter representation. This biased practice of over-representing divisions in Belize City continues to give city-centric representatives and aspirants of both political parties a gross sense of colonial entitlement over the rest of the country. Through this practice they seek to maintain the political influence of elites while ignoring the principles of fair representation that the Constitution is meant to uphold. Why else were the area representatives and leaders of both parties silent about this long overdue matter over recent years?

The data presented in Table 1 and 2 show that all divisions within Belize City fall significantly below the national average. In some cases, even if two of the divisions are combined, the number of voters still falls short of the national average per division. The Belize City electoral divisions of Fort George, Queen’s Square, Mesopotamia and Albert all fall well below 50% of the average number of voters required for a constituency. Port Loyola is the only division that reaches the closest to the average, although its total number of 4,610 registered voters is 89% of the average.

Fort George, with 1607 registered voters, is the smallest constituency countrywide, representing only 31% of the average number of voters per constituency. This means that compared to electoral divisions that are near the average number of voters, the Fort George division has at least three times the influence, per person, in government representation. Compared to divisions like Belmopan, with 7,715 registered voters, or Stann Creek West, with 8,097 voters, those in the Fort George Division have five times more influence per person in government representation.

Further analysis of the data also shows that for a total of 30,839 voters, Belize City has 10 area representatives, while the geographically challenging divisions in the southern districts of Stann Creek and Toledo, with a combined total of 25,377 registered voters, have only 4 area representatives. With a far larger number of registered voters than Belize City, the Cayo District, with 38,624 registered voters, is represented by only 6 area representatives.
It is no wonder that as a result of consistent under-representation in parliament and patterns of weak leadership, the southern districts have continued to persistently suffer negative socioeconomic indicators over decades. Ironically, the top-heavy representation of Belize City in parliament has demonstrated little impact in significantly alleviating dire socioeconomic situations, including poverty, crime and violence in their small, below-average-voter-number constituencies. The silence of both political parties to this injustice speaks volumes, but even more so for an opposition running on a platform of change.

What ought to have been a rigorous concerted effort by both ruling and opposition parties to undertake redistricting of electoral divisions in the country, has now become a matter pursued through the Supreme Court by a few concerned citizens. Clearly, both parties are interested in maintaining the status quo. To say that these reforms will be made after elections and that the nation must be forced into elections under clear constitutional violations is only political payasos. What is the nation expected to do — endure another cycle of grossly distorted representation to the continued detriment of southern Belize and other underrepresented electoral divisions?

Why have the area representatives or aspiring candidates of extremely large constituencies such as Stann Creek West and Belmopan remained silent over several years about this gross malapportionment of their constituencies? Why wouldn’t the former and aspiring area representatives of Fort George, Pickstock and other underpopulated divisions not insist on redistricting according to the Constitution for the greater good of the nation? The lack of demands by unions, civil society organizations and the general voting population to resolve this inequity has continued to erode Belize’s democracy.

All available modern technologies could be brought to bear to rectify this situation before calling national elections. In our nation’s 39th year since Independence, these violations must stop. Downward adjustment to constitutional violations only leads a nation to further worsen and slowly collapse. The Constitutional requirement of redistricting can be done, and must be done.