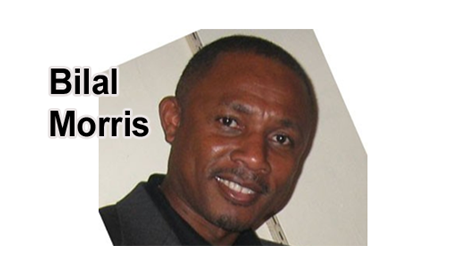 Two years ago this feature on the two-time Belize Cross Country Cycling champion, Rudy Miguel, should have been done. But it appears that at this late date, after the 2015 Belize Cross Country victory of Miguel’s American-born grandnephew, Justin Williams, that the story of the triumphs of the Miguel brothers’ cycling dynasty was worth the wait.

At this present time also, yours truly can surely say that soaking up the facts and information about this daredevil of a Belizean cyclist name Rudy Miguel over the last two years has been most rewarding, it being the case that Miguel extended a warm invitation to Belizean Legends (BL) to come and explore his archive of cycling greatness that he had compiled on his career in photographs, oral history, and his own personal memoirs. Thanks to Belizean cycling activist, Yvonne Robinson. We chatted about his career as a cyclist before his acceptance of an interview, and it was a chance for me to get to know him for the first time, since I was only a boy when he won his two Belize Cross Country Cycling Classics, and for him also to get to know me and the story he wanted to tell.

Belizean viewers and readers of this expose must also understand that the legendary Rudy Miguel appears to have had the only surviving archive of all four of his legendary cycling brothers’ greatness. Though it is mostly about his personal cycling career, he would never at any time during the two interviews that we did, fail to refer to their contributions to his own career. Rudy was the youngest of the four, (Edward, Arthur, and Johnito), and the three older brothers made sure that they groomed the youngest brother to succeed despite all the challenges he faced in the sport. He speaks about how it was Johnito that would map out the training program, and how he followed the four-time Cross Country champion’s advice and training with serious discipline. He would show the competitive edge he had developed when he expressed how it hurt him so bad when he lost to Johnito’s greatness by a bicycle length in the 1968 Cross Country.

Before BL featured Rudy Miguel, our audience may remember that we featured the legendary Johnito Miguel, Johnito being perhaps the most celebrated Belizean cyclist today of the Holy Saturday Belize Cross Country. But in no way would we have dared to dismiss the great story of what we call here at BL, “Belize’s Daredevil Cycling Legend” – Rudy Miguel. We will leave you, the BL audience, to see and hear for yourselves why Miguel earned that title here. And it may be that some of you may have already agreed, since you experienced the era of the Miguel cycling dynasty that rocked Belize in the 1950s and 60s.

There has never been another time in Belize’s glorious days of cycling greatness that four Belizean brothers dominated Belize’s cycling as the Miguel Brothers did. It has never been repeated again, and that says a lot about the downturn in Belize’s cycling and sporting performances today. Whether we see cycling in Belize today in a decline, or whether we see it as expanding, for the most part we Belizeans can celebrate the coming of the Belize Holy Saturday Cross Country with these memories given to us by those like Edward, Arthur, Johnito and Rudy Miguel. While we can speak about so many others, like Aston Gill, Elston Kerr, Jeffrey O’Brian and those that followed like Anthony Hutchinson, Kenrick Halliday and Alfred Parks; the name “Miguel” has cast an unbroken spell on Belize’s Cross Country forever.

And that everlasting memory has been extended recently with the descendants of the Miguel Brothers Dynasty, through Belize Cross Country champion, Justin Williams, winning the 2015 Belize Holy Saturday Cross Country. Justin’s younger brother, Corey Williams, worked tirelessly that day to put his brother in the front of the race against formidable foreign competition while taking 5th place in the grueling 144-mile cycling classic. Formidable foreign competition was not the case when the four Miguel brothers dominated cycling in Belize in the 1950s and 60s, although there was the skillful Mexican rider, Pablo Calderon, who won the race in 1971 that Rudy Miguel speaks about in this interview as a pack of five came from Orange Walk Town to Belize City. In that 1971 race, Rudy took fifth place behind the legendary Anthony Hutchinson after a battle between him and Kenrick Halliday.

There are so many great stories in Belizean cycling yet to be told like this one about the legendary Rudy Miguel that make cycling in Belize still the nation’s most popular pasttime today. Though a Belizean rider may not necessarily win the legendary cycling race come Holy Saturday, April 15, 2017, we Belizeans celebrate the Holy Saturday Cross Country as a sport that made Belize great all over the world.