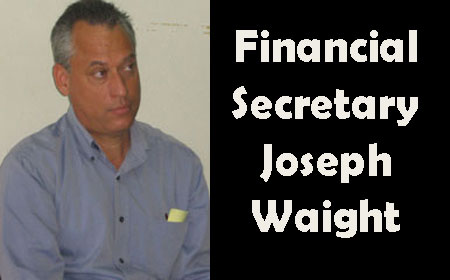 BELIZE CITY, Mon. July 18, 2016–Reports published by the International Monetary Fund (IMF) indicate that Belize’s debt is bound to hit a new high this year, with the Government of Belize having to settle compensation payments for the nationalization some years ago of Belize Telemedia Limited (BTL) and the Belize Electricity Limited.

Belize got its debt under control with the refinancing of the Superbond three years ago, when the country’s debt hit the lowest trough in over a decade. Now, though, the debt figures are following the same trajectory as they did around 2004, when the then administration of Said Musa racked up both public and publicly guaranteed debt which, according to data published by the IMF, pushed the ratio of debt to GDP (Gross Domestic Product) past 100% in 2004.

Last October, in the run-up to the 2015 General Election, Prime Minister Dean Barrow, Minister of Finance said, “We’re going to establish a debt management office in the Ministry of Finance. What we also plan to do by way of this legislation is to set a debt ceiling.”
Back in 2007, Barrow, then the Leader of the Opposition, had urged Musa’s administration to put a cap on public debt and limitations on borrowing but those were never put into effect.

By Adele Ramos via Infrogram

In 2006-2007, the Musa administration restructured the debt, and the ratio to GDP, at the time when the United Democratic Party came to office in 2008, was down to between 77 and 79%. It has remained below 85% until now, according to data published in the IMF reports.

However, the figure is heading back up, since the Government is borrowing to pay for compensation for BTL and BEL. The Government had passed legislation to enable it to settle the bills using very low interest financing under the PetroCaribe accord with Venezuela; however, receipts under PetroCaribe have been dwindling, as will be explained below, and cannot cover the payments.

Last week, the Government of Belize had to settle half of its outstanding bill of BZ$395 million for the nationalization of Belize Telemedia Limited (BTL). It paid the bill by issuing Treasury bills and notes, via the Central Bank of Belize, the Government’s fiscal agent.

Financial Secretary Joseph Waight explained to Amandala that the Central Bank purchased the government paper in the first instance—roughly $200 million worth. Thereafter, the financing instruments are to be sold via a bidding process to buyers, which may include commercial banks and institutional investors, such as insurance companies.

Last month, it had been reported that Venezuela would temporarily be unable to supply regular gasoline to Belize, but Waight said that the full supply of regular gas has since been restored. (Belize imports premium gasoline from the US under a private arrangement.)

Receipts from the sale of Belize crude are simultaneously down. Waight indicated that the reduction in crude earnings had been forecast. Currently, he said, Belize is getting less than a third of what it got when exports were at their peak some years ago.

“We don’t see any immediate prospect of new production anywhere,” Waight said, adding that the Government of Belize would have to adjust accordingly.

Waight said that after compensation is settled in the next 12 months, the Government’s debt stock would increase to 91% or 92% of Gross Domestic Product (GDP), up from about 86% after the first payment is made this month.

When Belize restructured the bulk of its long-term financing (including bonds) in a billion-dollar Super-bond in 2013, the Government of Belize had said that debt to GDP ratio would be reduced to 60% by 2017. However, that forecast has changed to a much bleaker picture.