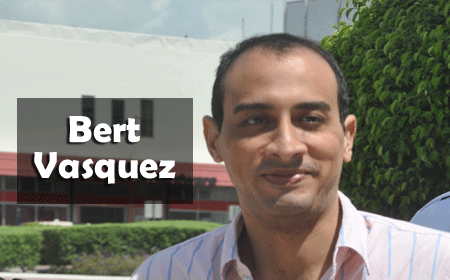 BELIZE CITY, Fri. July 28, 2017–The sentencing of businessman Bert Vasquez, 33, who was convicted on one count of forcible abduction and one count of aggravated assault of an indecent nature, occurred today before Supreme Court Justice Adolph Lucas, who heard an impact assessment statement from the victim of Vasquez’s crime.

The victim’s statement was read by Crown Counsel Sherigne Rodriguez in the morning session of the sentencing hearing. In the afternoon session, Justice Lucas sentenced Vasquez to serve 10 years in prison for the forcible abduction and 3 years for the aggravated assault.

Justice Lucas stipulated that the sentences are to run concurrently, which means that he would only have to spend a total of ten years in prison for both offenses.

In addition, Justice Lucas deducted 3 months and 1 week from the sentence. This represents the total time that Vasquez spent on remand for the two offences the 9-member jury, unanimously found him guilty of on July 10.

Justice Lucas noted that the victim’s impact statement began in March 2007 in a case before the former Chief Justice, Dr. Abdulai Conteh.

The victim was 16 years old when she was abducted at gunpoint near Pound Yard as she waited on a bus to go to her Ladyville home. The victim, in her statement, informed the court that she has had to undergo two years of therapy and is still not yet fully recovered from the effect of the crime. She said that she still suffers from nightmares.

The young woman told the court that after the incident, she was plunged into prolonged periods of depression and she attempted suicide more than once, using razor blades to cut herself.

She wanted desperately to find something or someone to live for, and told the court that getting pregnant and having her daughter gave her the courage to continue with her life. Through motherhood, and her therapy sessions, as well as keeping a journal, she said that she has been able to cope with the effects that Vasquez’s crime has had on her.

After the victim’s impact assessment statement was presented, Justice Lucas asked Vasquez’s attorney, Oscar Selgado, if he was going to engage the court in a mitigation plea.

Selgado rose from his seat and told Justice Lucas, “No, My Lord, nothing from the defense in mitigation.”
Justice then asked Vasquez to stand. “The last time I posed the question to you, you said no mitigation,” the judge prodded.

Vasquez answered Justice Lucas, “no mitigation,” then sat down.

Justice Lucas continued to write. The courtroom was enveloped in silence, as Vasquez sat in the prisoner’s dock with his arms folded across his chest.

“No human being can predict the future,” Justice Lucas said, as he adjourned the sentencing hearing to 2:00 p.m.

As the hearing resumed in the afternoon, Justice Lucas began by going over some key aspects of the evidence that the Crown had led, of the incident that occurred on Friday, May 13, 2011, when the virtual complainant, the 16-year-old girl, was abducted by Vasquez.

“Eventually, he allowed the virtual complainant to leave, telling her ‘I want you to get out and when I say run, you run.’

“She mustered the last bit of strength she had and ran to a woman she knew. The jury believed the virtual complainant and convicted the accused.”

Justice Lucas remarked that defense attorney Selgado did not present a mitigation plea and the convict himself declined to make a mitigation statement.

“The victim impact statement and the evidence provide aggravated factors. The victim was a minor and a gun was used. The convict did not show any remorse,” Justice Lucas noted, before he sentenced Vasquez to 10 years for the forcible abduction, and the maximum of 3 years for the aggravated assault of an indecent nature. Forcible abduction carries a maximum penalty of 13 years.

Justice Lucas also noted that the 3 years’ maximum sentence for aggravated assault of an indecent nature is insufficient.

Aggravated assault of an indecent nature has been renamed “sexual assault.”

Neither Vasquez nor his attorney Selgado made any comment to reporters after the sentencing, a sure indication that they are planning to appeal the conviction.

Vasquez, however, is not yet out of the proverbial woods of the criminal justice system; he still has two other indictments. At the same time that Vasquez was indicted for the forcible abduction and aggravated assault for which he was just sentenced, he was also indicted for attempted rape and forcible abduction in connection with another incident.

That incident occurred on January 25, 2011, when he allegedly held a 20-year-old woman at knife point and attempted to rape her. Then there is the June 2012 murder of Jasmine Lowe for which he has been on remand. The Lowe incident occurred in San Ignacio, Cayo District, and Vasquez will therefore be tried in the Belmopan Supreme Court.