BNTU and MoE say progress achieved on some issues 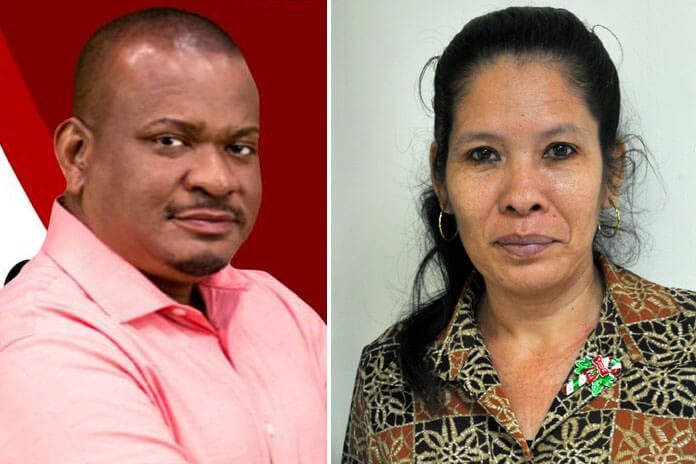 BELIZE CITY, Tues. Feb. 4, 2020– The Belize National Teachers Union (BNTU), the Minister of Education and the Ministry’s technical staff held a marathon negotiating session today to address several issues that are of pressing concern to the union. The negotiations were held against a backdrop of instructions from the union’s general membership to initiate industrial action, if the issues were not addressed to their satisfaction by the Ministry of Education (MoE).

After negotiating for more than 5 hours, both sides came out of the negotiations claiming that progress was made on some of the issues that they discussed today.

The Ministry was proposing to amend the Education Rules that would have affected the Christmas holidays of teachers. In addition, the BNTU had raised concerns about the contracts with teachers and the hiring of emergency administrators and teachers.

Deputy Prime Minister and Minister of Education, Hon. Patrick Faber, told reporters when he emerged from the negotiations with the BNTU, “I want to say that I am very optimistic and very happy about the outcome, but of course that is my view; the unions may tell you something else.”

Minister Faber said, “On the matter of the first situation, the Christmas holiday, we discussed that matter and I put a proposal to the union. The proposal was that we scrap the amendment because they claim that there were some sinister motives which I tried to assure them were not the case. We are never at that point where we are not able to have a discussion.”

The BNTU national president, Hon. Elena Smith, remarked, “Well, indeed, we did make some progress on some of the matters that we raised and there are other matters that we need to work together to fully ventilate those and come to agreement on those areas.”

Hon. Smith was asked to give details on the areas where good progress was made.

“Well, in terms of the proposed amendments, the matter of the vacation period, you know that that was a big issue, and so that, we agreed that those would remain as is and so there would no longer be amendments to the vacation rules. The matter of contracts as well, we’ve agreed that contracts will be given to teachers and those would be indefinite contracts, but there are some other areas in the contract that we would need to get some legal advice on them before we proceed and it was also agreed that in doing that the final document would be shared with us so that teachers would be satisfied that in that contract it would indicate or it would show when those teachers initially began teaching,” Smith said.

Smith was asked, “Who will the Ministry officials consult, because they may suggest certain things and then, that may change what has been agreed.”

Hon. Smith responded, “Well, I don’t know if those consultations that he [the Minister] would be having with those other persons should have an impact on our decisions today. A few of them, yes, in terms of CPD hours where we have to look at what will be offered to our teachers during the summer or other times during the year, and we know that that will have to have some consultations, which include the management and Ministry personnel, as well as BNTU.”