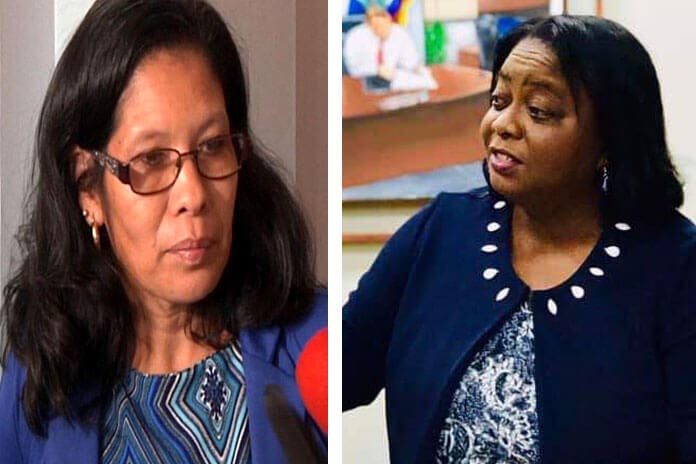 COROZAL TOWN, Mon. Jan. 6, 2020– In December, a dispute arose between the National Teachers Union and the Ministry of Education over a piece of land in Corozal which has been used as a part of the teachers’ housing co-op for years. The Education Ministry asserted that they acquired a portion of the land to build a pre-school as a part of the ministry’s EQIP project (Education Quality Improvement Program).

However, upon becoming aware of the intended groundbreaking for the pre-school, the president of the union, Elena Smith, as well as the union’s first vice president, Luke Palacio, reported to the media that the land had been leased to the teachers for the co-op project for years and that the union was still paying taxes on it up to 2017.

On Friday, Smith discussed the developments in this situation and announced that she, along with some of the teachers from the BNTU Corozal branch, had met with the Chief Education Officer (CEO), Deborah Domingo, regarding the dispute over the property, which is also known as the “Teachers’ Site”. Elena Smith admitted that the lease had been up since 2005; however, the co-op had not been liquidated, which technically leaves the rights to the land in the hands of the teachers.

This was confirmed in an interview broadcasted by News5 in which Smith stated:

“The lease indeed had expired, but as we are aware, there is a process that has to happen to liquidate the co-op, so then when that process happens it will be after that process that the land will then revert to government and become Crown land. That has not been done. The co-op is still active and still registered. Based on that we were informed that the land, even though the lease has expired, is still really under the co-op because of the process it has to take and that process has not been carried through.”

When asked how it was possible that the union was paying taxes on the land despite it being registered as Crown land, Smith stated that this was also a question posed to the CEO, but she did not provide a more detailed response on the matter.

Smith has confirmed that the representatives from the union were able to present supporting documents of their lease and tax payments on the land to the CEO, who she says has assured the union that the ministry will not base their actions solely on the words of the Minister of Education, Hon. Patrick Faber. Thus far the pre-school groundbreaking has not taken place in Corozal as was planned.