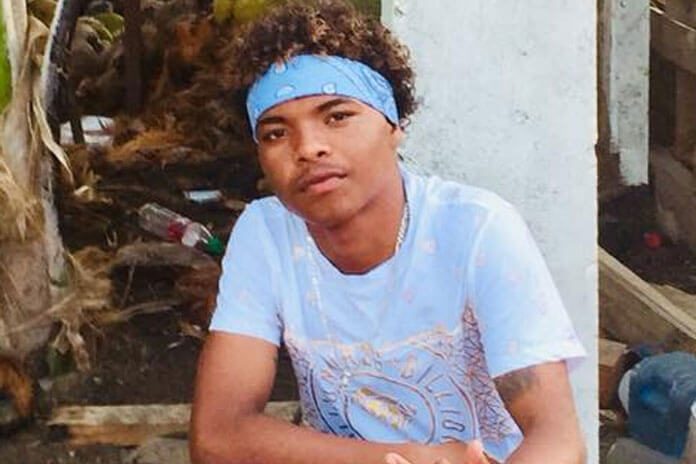 BELIZE CITY, Wed. Dec. 4, 2019– A search for Michael Cobo, 18, a fisherman of San Pedro, came to a sad conclusion at about 10:30 this morning. His body was found floating about 50 feet from the Belize Port Authority pier by some men who were working in the area, who then called police.

Cobo came to the city on Friday, November 29, and was last seen in the Yarborough (Yabra) area of Belize City on Friday night, after which he disappeared. The best efforts of his family to find him were not successful. His body was found floating in the sea in the Brighton Beach section of the Yarborough area.

Police say that on their arrival in the Port area, they went to approximately the midpoint of the wharf and about a short distance from the wharf, they saw the decomposed body of a man who was wrapped in a blanket floating in the sea, but anchored by rope tied to concrete blocks.

Police also say that Cobo’s hands were tied behind his back, and injuries to his head were also seen. Sailors from the Belize Coast Guard were called, and with their help, police recovered the corpse, which was seen with a rose tattoo on the left hand, and under the rose was the word “Miley”.

The body was then taken to the Central American Medical Health University, on the Boom-Hattieville Road, Belize District, where a postmortem exam is to be carried out to ascertain the cause of death.

Cobo’s mother said that he spoke with her by phone about 6:30 Friday evening, and that he was to call her again later that evening, but he never did. He did not call back on Saturday or Sunday, either, and she became worried and frustrated because it was not like him not to call her every day to check on her.

The grieving mother said that on Tuesday, Cobo’s older brother came from San Pedro to the city to look for him, but he returned to San Pedro yesterday without having found his brother.

This morning Cobo’s family travelled to the city to see if the body was indeed that of their missing loved one, and they were able to identify him by the tattoo on his arm.

The motive for the murder is unknown.