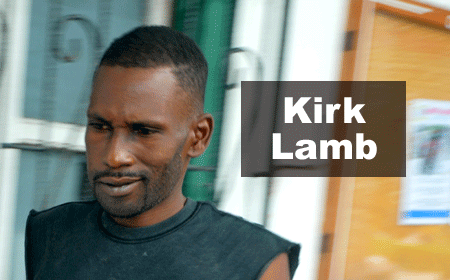 BELIZE CITY, Wed. Oct. 25, 2017–Human Development Minister Anthony “Boots” Martinez made an appearance before Chief Magistrate, Sharon Fraser, in her chamber this morning. The minister’s appearance was in relation to a charge brought against Kirk Lamb, 38, who works as a caretaker at the Human Development office, located at the corner of Central American Boulevard and the George Price Highway.

Martinez had gone to the Chief Magistrate to ask her to drop a charge of burglary against Lamb, who was in police custody and was scheduled to be arraigned on the charge for making off with a door valued at $658, the property of the Ministry of Human Development.

In the afternoon session of the court, Lamb appeared before Chief Magistrate Fraser, who told him that the minister had come that morning and dropped the charge.

Lamb then told the court that he has been working for Martinez for some time now, but sometimes, when he goes to pick up his salary, he is not paid.

Lamb went on to tell the court, “Minister Boots put me in an abandoned building and when it rains, I get wet. He told me that he took me off his payroll.”

Lamb replied, “Mr. Boots no give me no kind of love like that.”

Lamb said he has been working with Martinez for 20 years. “And Mr. Boots use me and put things in my name, and no give me nothing. I no di tell you no lie,” he said.

The paper was a record from the court system which pointed to the fact that Lamb has an outstanding court fine of $505, dating from 2004.

Lamb explained to the court that he had not paid his court fine because he has a family and was paying school fees for a young lady.

He said he would pay the fine by installments of $100 beginning this Friday. He was, however, remanded into custody for the outstanding fine.