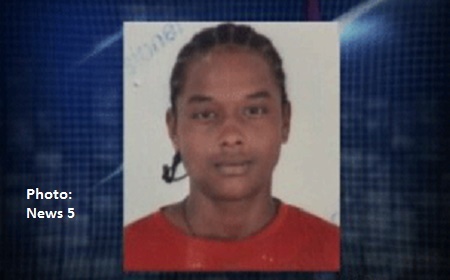 POLANCO’S FARM, Mile 35, Hummingbird Highway, Stann Creek District, Mon. Aug. 24, 2015–A young man, 15, died after being shot at the farm of his grandfather, Thomas Polanco, located at Mile 35 on the Hummingbird Highway, shortly after 9:00 Friday morning by three masked men, who were armed with machetes.

Police strongly believe that one of Polanco’s past employees was one of the three men who went to Polanco’s residence on Friday morning with machetes, held up and tied up the family members who were at home at the time, and then ransacked the house looking for cash and valuables.

The gunmen stole $3,000 cash, Polanco’s 12-gauge shotgun and some cartridges, as well as some household items.

According to police, Thomas Polanco’s teenaged grandson, Briton Tharique Polanco, 15, who was out in the field at the time the robbers went to the farm, heard noise coming from the house and ran up to the door of the house to see what was happening, and that was when one of the robbers shot him in the chest with the stolen shotgun, which belongs to his grandfather.

The three bandits then escaped in the family’s vehicle, and are currently on the run.

Police, who conducted a quick search in the area, found the abandoned vehicle and some of the household items that had been stolen – including a 19-inch San Sui flat screen television and a DVD player, but the stolen gun, cartridges and cash have not yet been recovered.

Bernard Usher, 64, the caretaker of the farm, told police that at about 9:00 Friday morning, he was in his room on the farm when three masked men, armed with machetes, entered his room and held him at machete point. They tied him up,
after which they ransacked his room and stole his cellphone and his machete.

Usher reported that he managed to untie his knots and went to the family house to see what was happening, and one of the bandits quickly grabbed him and tied him up again, and shortly after, he heard a shotgun blast, and the bandits escaped out of the house and drove away in Polanco’s vehicle, taking along some household items with them.

Usher reported that he again managed to untie himself and went outside the door, and saw the boy lying on the ground, already dead.

Anyone who has information that can assist police with their investigation into this incident is urged to contact the nearest police station, or 0800- 922- TIPS.