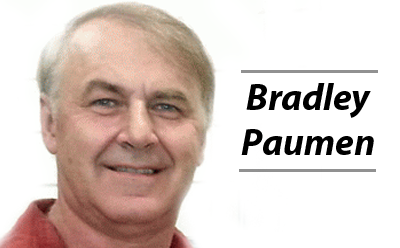 BELIZE CITY, Thurs. Jan. 28, 2016–This afternoon there was a marathon legal squabble in the Belmopan Magistrate’s Court over the arraignment of American investor Bradley Paumen and three others, as the state brought new charges of perversion of the course of justice and conspiracy to pervert the course of justice.

Paumen and Anderson, who are facing charges of abetment to commit murder, were recently released on Supreme Court bail.

One of the Supreme Court bail conditions for Paumen and Anderson is that if they are arrested for any other offense while out on bail they are to be brought immediately before a Supreme Court judge.

This has not been done. Instead, Paumen and Anderson have been remanded to the Belize Central Prison until their next court appearance on March 8, for the new charges.

At the arraignment, attorney Rachael Montejo made submissions to the effect that the offense for which her client Anderson was being charged is statute-barred.

After a brief adjournment, the Belmopan Magistrate, Ladona John, recused herself after she had already read the charge to Anderson and accepted his not guilty plea.

Montejo contended that no plea should have been taken from her client because the offense for which he was charged is indictable.

Abaddi and Juan Chon Park were arraigned for perverting the course of justice and remanded to prison until tomorrow, Friday, when a bail hearing is scheduled to take place.

Attorney Herbert Panton, who is representing Paumen, told reporters after the hearing that the police are behaving as if they are “shooting dice with people’s freedom.”

“There is nothing to indicate how the information was obtained,” Panton said. “This is the second time that Mr. Paumen is dragged off to prison as if he a common criminal for charges that cannot stand the light of day,” said Panton.

Panton said that Paumen should never have been brought to the Magistrate’s Court; instead, said Panton, “He should have been taken before a Supreme Court judge.”

Panton said that Paumen’s bail would not have been revoked, “Because the charges are from the same set of circumstances.”

Paumen and two of his employees, including Anderson, were charged earlier this month with four counts of abetment to commit murder.

The state is alleging that Paumen placed a hit on (ordered the murder of) American-Iranian businessman Faroud Michael Modiri and three other persons.

Reportedly, Modiri and Paumen have a dispute over a property in the Cayo District that was owned by Modiri, but which Minister Gaspar Vega had granted to Paumen, who constructed a walkway to his tourist business through it.