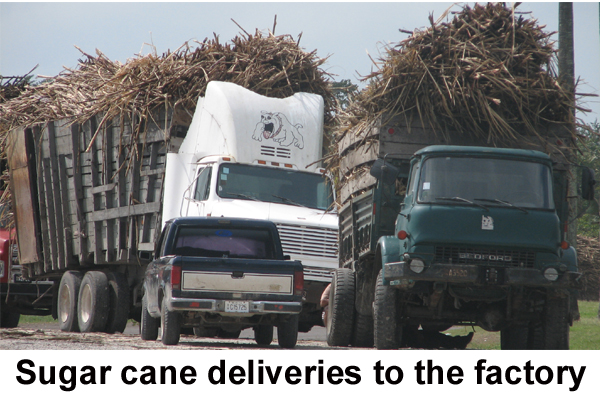 ORANGE WALK–While there may still be no finalized commercial agreement between the Belize Sugar Cane Farmers Association (BSCFA) and the Belize Sugar Industries (BSI)/American Sugar Refineries (ASR), representatives of both parties met with the Sugar Cane Production Committee (SCPC) in Orange Walk yesterday to plan for the start of the upcoming sugarcane crop season, which is slated to commence in about five weeks, at the end of next month.

Despite the gloomy future of this year’s sugarcane crop delivery season, the stakeholders are assessing the produce in the fields to outline a plan for a successful and manageable harvest, which is currently estimated to be in the vicinity of 1.3 million tons of cane.

After the session, Alfredo Ortega, vice chairman of the BSCFA Committee of Management, told the media that as long as weather conditions are conducive during this crop season, the season should go smoothly, given that cane farmers take into account what needs to be done at the farm level with regards to harvesting, so that any problems with the quality of cane delivered to the mill can be reduced.

An estimated 60,000 tons of cane – which can keep the operations for the crop season steadily flowing for eight to nine days with an average delivery of 7,000 tons per day – are presently ready and waiting to be harvested, and it is hoped that dry weather will prevail so that the crop season can continue uninterrupted.

Ortega mentioned that he is confident that the current crop is mature enough to be harvested to produce good sugar, and that while some of the crop is not yet at the peak of their maturity stage, there will at least be the percentage that is needed for delivery to the mill at BSI’s Tower Hill processing plant in Orange Walk.

In any event, weather conditions will certainly play a pivotal role for the industry and its ability to meet its production quota in the next few weeks leading up to the end of November.

Of note is that a weather system which crossed the country last weekend caused a downpour that has already flooded some canefields, and an approaching tropical depression which is scheduled to occur over the next two days could have more unwelcomed effects on the state of the crops.

Another situation which continues to be a thorn in the side of local cañeros is the deplorable state of the treacherous sugar road networks – only some of which have been repaired – which Ortega has regarded as an issue that the relevant authorities need to address so that the farmers will be ready to deliver the product whenever BSI declares the start of the crop season.

As was mentioned earlier, the projected date for the start of the crop season is the last week of November.

Coincidentally, pending at the same time is the signing of a proposed commercial agreement between BSI/ASR and BSCFA, which both parties view as fundamental for the start of the next crop season, but which at the same time has been a major bone of contention in the negotiations, especially when considering the sticky bagasse payment issue, for which both sides are yet to reach a mutual agreement.