BTL says Belize was on “top 10” list for cyber-attacks 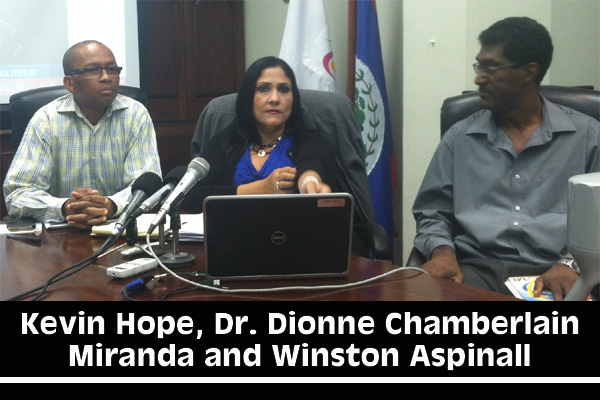 Representatives of the Belize Telemedia Limited (BTL) called a press conference on Tuesday afternoon to update the media on efforts to try to contain what the company said is a flood of attacks against its web servers, originating out of China and Hong Kong.

Dr. Dionne Chamberlain Miranda, General Manager of Customer Services, told Amandala that at around 10:30 Tuesday morning, Belize was among the top ten countries facing such attacks. Amandala has confirmed that several Internet users who depend on BTL platforms, including those who obtain the service via cable operators, have had trouble accessing the Internet.

However, we understand that access via wireless devices have not been impacted in the same manner in which instruments connected to cable wires have been affected.

Kevin Hope, BTL’s Chief Technology Officer, told the media that the attacks have been ongoing for the past two weeks, and that they have been intensifying, overwhelming BTL’s servers.

According to Miranda, the attacks typically happen late in the night, early in the morning and on weekends, but they have remained vigilant in their efforts to normalize service to customers.

The BTL reps indicated to the media that they hope to be able to restore services over the next two to three days.

Winston Aspinall, BTL’s GM of Network Services, said that when the attack happened earlier Tuesday morning, it resulted in “low browsing experience,” since the web servers were not responding as they should have.

Miranda said that on Monday, when the company thought that it was on the road to recovery, people were able to browse, but without seeing the online images; however, service was completely interrupted Monday night.

Information which BTL provided to the media on cyber-attacks tracked in real time by Norse, a St. Louis-based company, indicates that the US is listed as the top country facing such attacks, primarily from China, which is listed as the country from which the most attacks originate. It is alleged that the US and China are locked in a “cyber-spying war.” 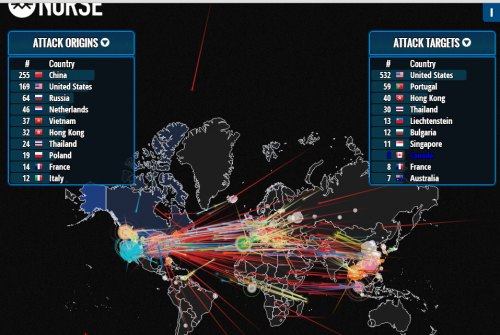 The company reps could not say why BTL’s servers are under attack, and Miranda said that the attacks are not really specific to BTL. She said that some attackers do this sort of thing just for fun, as it is treated as a sport in some quarters.

The company said that it continues to be inundated with service complaints, but added that the vast majority of them have been resolved. Of 500 complaints received Tuesday, she said, only 72 remain unresolved.

For those customers who cannot get through to the 119 complaints line, they can text their complaints to 10-10-275 and state where they are and the issues they are facing, whether it is a problem with the landline or browsing the Internet.

She urges those experiencing problems with 4G services to activate and then deactivate the airplane mode to restore service.

Miranda said that the troubles which BTL has been facing over the past few weeks do have a substantial financial cost, which will have to be tabulated at some point.