BTL “firmly denies” that it owes GST, and the General Sales Tax (GST) office has “no public statement” to make on the matter

BELIZE CITY, Thurs. June 27, 2019– An explosive report was made on News5 last night, Wednesday, that Belize Telemedia Limited (BTL), Belize’s largest company, in which the government has a 51 percent shareholding, has racked up an unpaid General Sales Tax (GST) bill in the region of $30 million over a four-year period. 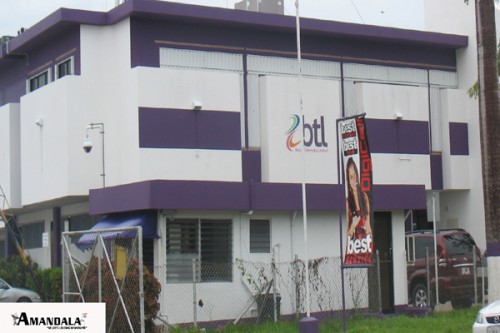 This afternoon, Amandala attempted to get a comment from the GST Department on the leaked documents, but we were told that there is no GST Commissioner at the present time.

When we asked if we could speak to someone from the senior staff who could comment on the BTL arrears situation, we were told that the Acting GST Commissioner, Evan Brown, was in a meeting and he has sent word to us that “the GST will not make any public statement” on the BTL matter.

Under the GST Act, it is a criminal offence not to pay the taxes when the department issues its tax assessment.

In the matter of the BTL arrears, documents which purportedly are official paperwork of the GST department, point to non-payment by the company of GST taxes during the assessment periods from 2014 to 2017, and if those documents are authentic and accurate, for those periods BTL would owe a whopping $29,327, 390.41.

This figure does not include the penalties for late payment and interest that has accrued.

News5 quoted Nestor Vasquez, Chairman of the BTL Board, as saying that BTL pays its GST on a monthly basis and does not owe a penny for GST.

Financial Secretary Joseph Waight also weighed in on the controversial allegations that are in circulation. Waight told News5 in a telephone conversation that the GST Department is doing an audit of BTL and that no assessment has been made of BTL by the GST Department.

It is being claimed that Vasquez had written Waight, asking him for a write-off. Waight, however, said that he has not received any letter from Vasquez.

Waight, however, indicated that he would like to have a meeting with the parties. He did not elaborate on what exactly the GST Department audit had uncovered, but that audit has not yet been concluded.

If the information in the GST assessment documents seen by Amandala is accurate, the most logical question to ask the authorities at the GST Department is, how could BTL have not paid GST for five consecutive years without suffering any penalties, or making any arrangement to pay the taxes?

Several business persons who had outstanding balances on their GST accounts were taken to court and had to make the necessary arrangements to pay their arrears, which were much, much less than BTL’s alleged arrears.

In May 2017, Rochus Schreiber was appointed as Chief Executive Officer of BTL, replacing Anwar Barrow, a son of Prime Minister Dean Barrow, who headed BTL as its CEO from April 2014 until he stepped down from the post in November 2016. He remains a member of the BTL Board of Directors.

This evening, BTL sent out a press release (to favored media entities – Amandala was not included) in which it “firmly denies” that it owes GST.

“BTL has always paid and continues to pay, the appropriate GST on a monthly basis. BTL has not been assessed with respect to GST,” the press release said.

The release further declared, “The company does not owe taxes in the amount of twenty-nine million dollars, as reported by the defamatory Channel 5 article, or at all. The inaccuracy of the said news article can easily be verified by seeking clarification from the Ministry of Finance.”

The Prime Minister is the Minister of Finance and the GST Department falls under his portfolio.

The government failed to honor a Caribbean Court of Justice (CCJ) ruling last October which awarded around $400,000 to David Gegg, as a refund for money that his two tour companies had paid to the GST Department.

Gegg did not get his refund, however, because Prime Minister Barrow went to parliament in November and amended the GST Act retroactively in order to not pay the CCJ award to Gegg.

In the Prime Minister’s words, the new piece of legislation “cured the mischief” that the CCJ found in the GST Act, when it awarded Gegg the refund.

If after the GST Department’s audit of BTL is completed, it turns out that the company indeed owes back taxes, will the Prime Minister, as the Minister of Finance, go to BTL’s rescue and write off the company’s arrears?

It should be noted that Belizean taxpayers have already had to fork out some $560 million dollars as a settlement for the acquisition of BTL.