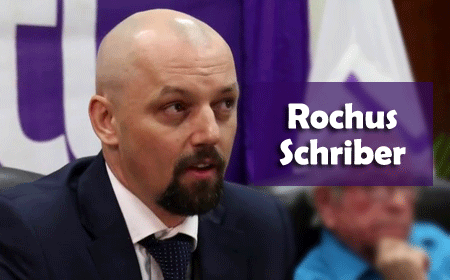 BELMOPAN, Cayo District, Mon. Oct. 23, 2017–Belize Telemedia Limited (BTL), the nation’s premier telecommunications provider, continues to be one of the most talked about companies in Belize, and it was the subject of a back-and-forth in Parliament on Friday, when a bill was tabled to allow the company to be able to borrow from an international bank in Belize.

Whereas the amendment to the International Banking Act, tabled for passage in one sitting, generated some back-and-forth over the Government’s facilitation of the public-owned company to borrow from Atlantic Bank and Atlantic International Bank, there was further controversy over what Opposition leader Johnny Briceño called the “exorbitant” salary of the company’s recently hired CEO, Rochus Schriber, who has worked in the industry for more than 20 years in the Caribbean and the Netherlands.

Prime Minister and Minister of Finance Dean Barrow said that BTL needs to borrow to fund a program to provide Internet in homes – in excess of $35 million. In order for BTL to borrow from the offshore arm of the bank – a debt that we understand would enable the company to acquire US dollars for the purchase – the law has to be amended.

At the same time, Briceño raised the concern that BTL’s new CEO “is getting three hundred and eighty-six thousand and sixty-seven dollars, U.S. dollars,” or over BZ$700,000 in salary. He said that this includes US$200,000 in salary plus perks which include allowances for telephone, internet, transportation, and housing.

Barrow shunted the question, as he had done about a year ago, asking, “What on earth does that have to do with the Bill, which is to amend the International Banking Act?” and which, he said, does not call BTL by name and could apply to other utility companies in Belize.

Briceño insisted that the matter does concern BTL, as “they are creaming us at BTL!, The matter of the CEO’s salary had not been discussed, however.

Previously, questions have been raised in Parliament about the salary of Schriber’s predecessor, Anwar Barrow, son of Prime Minister Barrow. 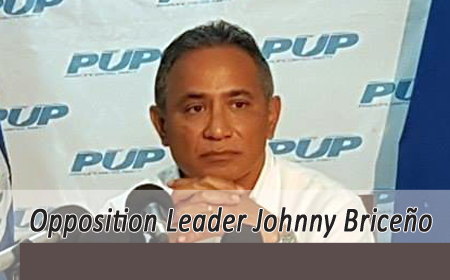 When People’s United Party area representative for Caribbean Shores, Kareem Musa, raised the question last August, Barrow told him “…you have no right to ask such a question.”

He said that BTL is a private company in which the government is the majority shareholder. Barrow said that any shareholder can ask the question at the company’s AGM.

On Friday, Briceño called on Barrow to justify Schriber’s salary, but Barrow refused his demand.