Burrell Boom resident shot in the face during burglary 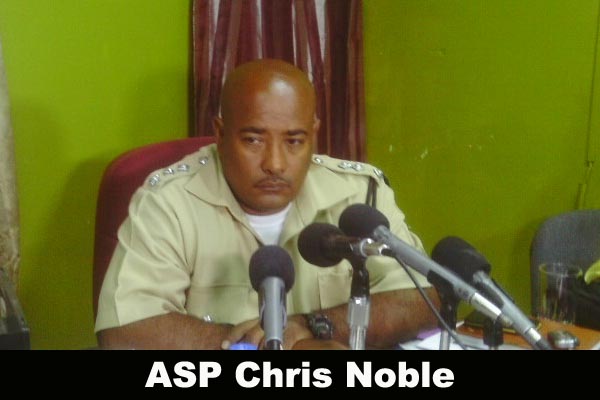 Over the past weekend, there was a shooting incident in Burrell Boom which resulted in one person being shot in the face.

According to police reports, a resident of Burrell Boom was shot in the face, allegedly by armed residents of the area, during a burglary which occurred sometime between Saturday and Sunday in the close-knit rural community.

Today, ASP Chris Noble, who is the Rural Executive Officer, told the media what the police know about the incident so far.

Noble stated, “We had an incident in Burrell Boom whereby the police were called out early in [Sunday] morning. There were residents of the area who were affected by a burglary, and other residents who had assisted. From what transpired, we do know that persons with licensed firearms are believed to have fired their weapons and one person was injured. That gentleman [I won’t mention his name] was subsequently taken to the hospital. We did manage to get statements [from persons involved] and that investigation is still ongoing.”

Noble then explained the events which led up to the shooting. He said, “We knew of one burglary at the time. Persons were in their residence when somebody came in brandishing a firearm, a pistol to be exact. Residents who are supporters of the police came out to assist the police. We do know that something did transpire, and a gentleman inside the residence was injured in the area where the burglary was reported. At this time, we know that bicycles that were recovered were reported as stolen by the owners.

“We then gathered that there were 2 burglaries and 2 bicycles being stolen, and we believe that persons acted in concert to commit all the offences; however, we do not believe that the person at the house may have played a role in that.”

According to Noble, the shooting victim may or may not be a person of interest. “We don’t see where our investigation is leading us at this stage; however, it is not being ruled out. We’re not saying that the gentleman was a part of any incident, except for the one where he was injured, which is quite unfortunate, and presently, we are looking at it. Our investigation is still ongoing in regards to the burglaries – we know that shots were fired and we are presently trying to establish the direction from where they were fired,” Noble said.

Facebook
Twitter
Pinterest
WhatsApp
Print
Previous articleUBAD Education Foundation (UEF) steps up to impact the public through reading and reasoning
Next articleCommuter, 63, dies after sliding out of bus