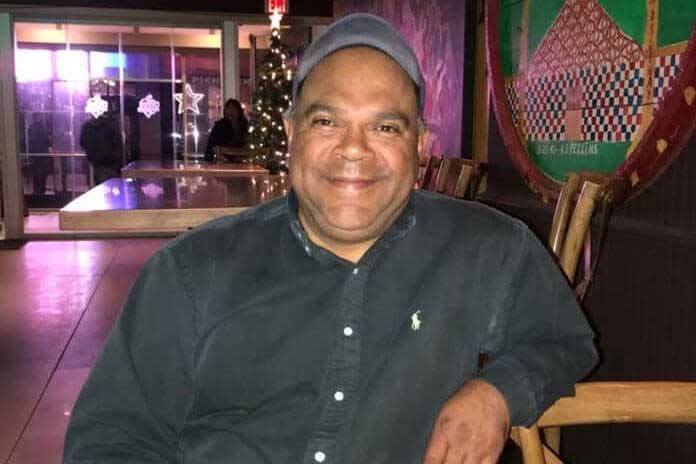 BELIZE CITY, Thurs. Feb. 6, 2020– A tragic traffic accident between Miles 55 and 56 on the George Price Highway, in the vicinity of Ontario Village, claimed the life of Belizean entrepreneur and former politician Richard Harrison. He was 55.

Police reported that Wilmer Kornelson, 48, a truck driver of Spanish Lookout, was driving a truck loaded with pine lumber. When he turned a curve, the lumber that was strapped onto his truck dislodged and fell into the road. 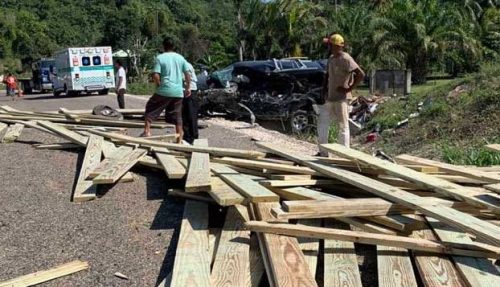 Harrison, who was traveling in the opposite direction, heading west, collided with the many pieces of lumber that fell from the truck.

Police reported that Harrison sustained head and body injuries and died on the spot. It took the Fire Department about 45 minutes before they were able to pull Harrison out of his vehicle, which was a mangled wreck.

Harrison made a name for himself as a conscientious, humanitarian individual who loved his people and country, and had taken on various projects that have made a difference in his community. At the time of his passing, he was involved in the Clean Water Alliance Project.

As a businessman, Harrison pioneered the company Big H, which specialized in making citrus juice that became a household name throughout Belize.

Harrison, along with his brother Orlando, is credited with starting the La Ruta Maya Canoe River Challenge that takes place prior to the March 9 holiday. The route of the race is from San Ignacio to the Belcan Bridge, and finishes on March 9.

Harrison ran in the by-election in Cayo North on a People’s United Party ticket, following the death of the PUP’s Agripino Cawich in 2015. He lost to Dr. Ramon Figueroa.