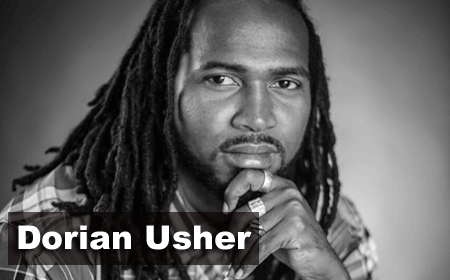 BELIZE CITY, Thurs. Dec. 14, 2017–Three robbers would have probably made a clean getaway if their victim, Dorian Usher, 36, did not open fire, injuring one of them.

Sometime around 2 p.m. today, Usher was about to exit his family business, Monica’s Pawn Shop, situated at the corner of Cemetery Road and Elston Kerr Street, when a van pulled up and three men exited, one of them armed with a hand gun. The robbers relieved Usher of his gold chain, and were attempting to rob him of more jewelry, when he pulled out his licensed firearm and fired several shots, one of which hit one of the robbers in his hand.

That robber was then detained and handed over to cops, who transported him to the Karl Heusner Memorial Hospital (KHMH) for treatment. The wounded man’s accomplices escaped in the waiting van with the gold chain.

Amandala understands that the suspect, an associate of the South Side Gang (SSG), will face charges tomorrow, Friday.