Canadian man chopped trying to save daughter, 2, from machete man 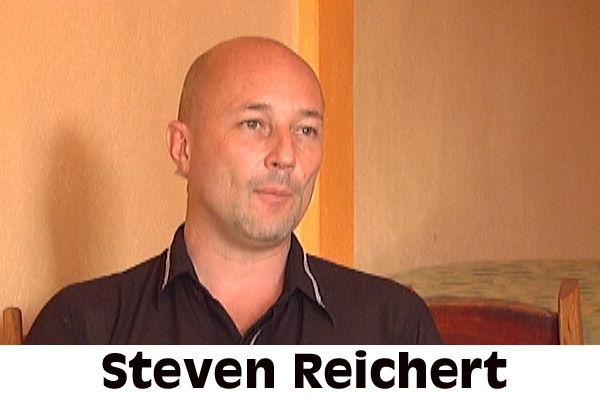 The beginning of the year has brought pain and misery to Steven Reichert, 60, a retired Canadian businessman who lives in Benque Viejo, after his violent, out-of-control neighbor, Benaro Hob, allegedly chopped him several times with a machete at about 10:30 Sunday morning in the Chapel Hill area of Benque Viejo.

As a result of the vicious machete attack, Reichert suffered chop wounds to his hands, to the back of the head and to his back. He has been treated and is recovering at home.

On Monday, Benaro Hob, 68, was arrested and charged with harm and wounding, and ordered to take a psychological evaluation. He has been remanded to the Belize Central Prison until March 27, when he is to be returned to the Benque Magistrate’s Court.

Reichert told police that he and his daughter, 2, were walking on a footpath to his business place when he heard a noise behind him and footsteps approaching. He turned around to see what was happening, and that was when a man known to him, who was armed with a machete, swung the machete at the child.

Reichert told police that he quickly pushed his daughter out of the way, and the man chopped him.

Reichert then grabbed his daughter and tried to escape, but the man chased him.

People in the area who saw what was happening quickly came to help him; police were called and Hob was apprehended.

Reichert reported that the man was bent on killing him and his daughter. In an interview on Channel 5, Superintendent Dinsdale Thompson, Commander of Benque Viejo police, said that when Hob was taken to court on Monday, he was incoherent, and the magistrate ordered a psychiatric evaluation because he appeared not to be hearing properly, and not to be understanding what was being said to him.

The police are waiting for the result of the psychiatric evaluation to continue the investigation.

Reichert is the fourth Canadian to have been attacked and injured in Belize within the past three months. In October, Patricia Lynn Nichiporowich, 57, was attacked and stabbed multiple times and her throat slit by a killer or killers who went into her house in Consejo Village.

Police say that they have been following some leads, but no one has yet been detained.

In December, Brian Townsend, a missionary who resided in Valley of Peace, was murdered and his body found in the Macal River on December, 27. His body was buried near Arenal by Guatemalan authorities.

The decomposing body of Keith Haslam Dawson, 68, was found on Sunday, December 21, on a farm 5 miles east of Buena Vista. Dawson had suffered multiple chop wounds to the back of his head and a fatal chop wound across his windpipe.

The motive for Dawson’s death was said to be jealousy, because the man who confessed to killing him was in love with his wife.