The Council says it will file a stay of execution forthwith 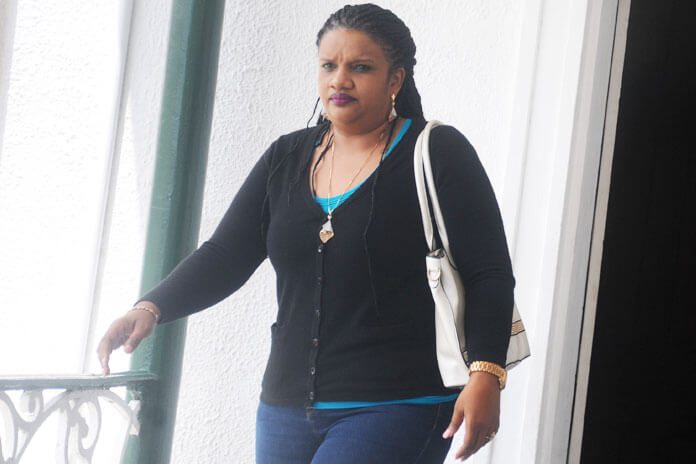 BELIZE CITY, Mon. Nov. 11, 2019– On Friday, October 4, Supreme Court Justice Courtenay Abel handed down a decision in favor of Candice Miller, the former Belize City Administrator who signed a new employment contract beyond the life of the City Council she was serving under United Democratic Party mayor Darrell Bradley.

The PUP’s Mayor Bernard Wagner and his councilors eventually voted to terminate Miller as City Administrator because, the Mayor said, Miller had failed to advise him and his team that they needed to file a defense in a lawsuit that was brought against the City Council by a sanitation company, Belize Waste Control Ltd. According to Mayor Wagner, the failure to advise the new council to file a defense cost the council one million dollars.

The City Council has 21 days after their receipt of the perfected judgment from Justice Abel to appeal his decision to the Court of Appeal.

Miller and her attorney, Magali Perdomo, however, have set out to begin to collect the money the court awarded before the expiration of the 21-day period which the City Council has to appeal the Supreme Court Justice ruling.

Today, Monday, two Supreme Court marshals turned up at City Hall to begin the crowfoot process of the City Council’s assets to satisfy the court judgment.

In addition, Miller demanded a $50,000 payment today from the City Council.

Late this afternoon, the City Council sent out a press release detailing what has transpired so far in the Candice Miller saga. The City Council’s release said, “A mere seventeen days after a ruling was handed down by the Supreme Court in the case of Candice Miller vs. the Belize City Council, Miller and her legal advisors have found it fitting to crowfoot the city’s assets.”

The press release went on to say that the attorneys involved in the case are aware of the 21-day appeal period after the judgment was handed down.

“However, Ms. Miller has opted not to honor this grace period and filed an Execution of Judgment only fourteen days after the ruling,” the release added.

“An Execution of Judgment is the act of utilizing a court officer to take possession of the property of the judgment debtor (in this case, the equipment used by the Belize City Council to carry out daily operations) on behalf of the judgment creditor, i.e., Miller, and selling them to use the proceeds as judgment payment,” the release said.

The release concluded, “This act has been received by the Council as discourteous on Miller’s behalf and detrimental to the public, as she is aware that the seizing of said assets would impede the Council’s ability to serve the residents of Belize City.

“Despite the council’s filing of an appeal well within the allotted period, Miller, for her own reasons, has taken the unconventional direction of expediting the execution of the court ruling. As an entity that is employed to serve the people of Belize City, we strongly condemn this act of bad faith which does not affect the principals of the council directly, but the innocent citizens who have no involvement in the matter.”

“We find it necessary to inform the public of this unfortunate series of events, and are working with our legal advisors to file a stay of execution forthwith,” the release said.

Miller, after she was terminated from the Belize City Council, landed another job at the Karl Heusner Memorial Hospital as Human Resources Director, earning a six-figure salary. Miller’s contract this time is for two years.