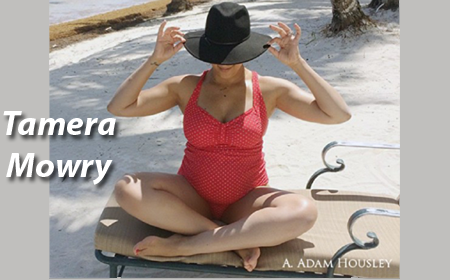 BELIZE CITY, Wed. Jan. 27, 2016–The countries surrounding Belize have all reported confirmed cases of the Zika virus, and so have four of our CARICOM sister nations. In fact, Belize is one of only two Central American countries which have not yet confirmed a case of Zika virus infection in its population, but tourism stakeholders here are just as concerned over the financial cost of the disease, following the release of upgraded travel alerts to US tourists, who make up the bulk of visitors to our region. In this vein, the Caribbean has embarked on an aggressive campaign to fight not just the virus—but also the adverse economic impact it can have in our region.

“We can never let our guard down where infectious diseases are concerned, and that is particularly so in our tourism-dependent Caribbean region,” said Dr. C. James Hospedales, Executive Director of the Caribbean Public Health Agency (CARPHA), in a news conference held in Trinidad and Tobago on Monday.

Dr. Linda Indar, Programme Manager, Tourism and Health Programme, CARPHA, also highlighted the potential negative impact which Zika’s spread can have on the economies and the tourism destination reputation of Caribbean countries. However, tourism, while it is an important revenue earner, also contributes to disease spread.

CARPHA said that it is addressing the impact of Zika on tourism through “a holistic aggressive approach” in collaboration with its regional partners, particularly the Caribbean Tourism Organization (CTO) and the Caribbean Hotel and Tourism Association (CHTA). Its campaign entails sharing facts with the media, travelers and the public. CARPHA will also be working with the CTO and CHTA on a coordinated, enhanced vector control program in hotels.

In a joint statement issued this week, the CTO and CHTA said that “…travel-related diseases like Zika have the huge potential to negatively affect the economies and tourism destination reputation of Caribbean countries.”

The CTO pointed to “…a record 26.3 million stay-over tourists and 24.5 million cruise ship arrivals in 2014, a 5.3 percent rise over 2013; and this trend continued in 2015.” “These visitors spent US$29.2 billion, another record for Caribbean tourism. The US continues to be the region’s primary market, with nearly 13 million Americans, just under half of the total arrivals to the region,” the statement said.

The tourism agencies added that “…high and increasing levels of visitor arrivals increase the potential risk for visitors and locals transmitting or acquiring diseases from each other.”
This, they said, was typified with the spread of SARs in 2000, the H1N1 pandemic of 2009, Chikungunya in 2013 and now Zika.

“Thus, heightened concern, alerts and specific measures for travelers have resulted from regional and international health agencies like CARPHA, PAHO, WHO and CDC,” the agencies said.

On Friday, January 22, the US Centers for Disease Control (CDC) upgraded the travel warning for selected countries in the Latin America and Caribbean region where there were local cases of Zika transmission, and it issued a notice for special precautions for pregnant women, asking them to consider postponing their trip if they are, or are planning on becoming, pregnant. The CDC now affirms that there is a link between the Zika virus in pregnant women and babies born with birth defects, the main one being microcephaly.

Affected babies are said to be born with significantly smaller brains and head circumference than normal babies, as well as “excessive and redundant scalp skin” – which appears as a thickened scalp – and club foot, among other abnormalities.

Director of Health Services in Belize, Dr. Marvin Manzanero, noted that while there has been a query from the cruise tourism sector as to whether their pregnant patrons can come onshore to Belize, it is possible that there could already be persons infected with Zika onboard the ships.

Last week, the first cases of Zika were confirmed in Florida and Illinois, USA. News reports said that five persons, including two pregnant women, had become infected while traveling overseas.

Manzanero noted that new information indicates that up to 4 out of 5 persons with the Zika virus actually show no symptoms. Previously, the Pan American Health Organization (PAHO) had reported that 75% persons with Zika are asymptomatic, but the CDC says infected persons who show no symptoms amount to 80%.

Amandala spoke with Tourism Director Karen Bevans, who said that while they are aware of the statement issued by the CTO and the CHTA this week, it is too early for them to comment. They are currently trying to gather information on the matter, she added.

There are no confirmed cases of Zika in Belize, although so far, 5 of 7 Central American countries have confirmed cases, the latest addition being Costa Rica, where a man was said to have contracted the virus after visiting Colombia.

The CTO and the CHTA note that, “As travel increases, the number of Zika cases among travelers will likely increase and the potential negative impact on Caribbean tourism–dependent economies will likely escalate.”

Belize received 1.3 million tourists in 2015, the vast majority of those being cruise visitors who do not overnight in Belize. More than 60% of visitors were from the USA.
The Caribbean tourism agencies’ message to travelers is, “Don’t let the mosquitos ruin your travel!”

They added that, “While, there is no vaccine to prevent contracting Zika or medicine to treat Zika, travelers can protect themselves against Zika and other mosquito-borne infections like Chikungunya and Dengue by preventing mosquito bites.”

Belize’s DHS, Marvin Manzanero, said that his message continues to center on the same measures taken to fight Dengue and Chikungunya, which are already in Belize. He said that Belize’s vector control campaign remains ongoing, and it presents an opportunity to discuss Dengue and Chikungunya as well. Zika is transmitted by the same mosquitos which transmit the other two diseases, and CARPHA said that the campaign must focus on the eradication of the vector.